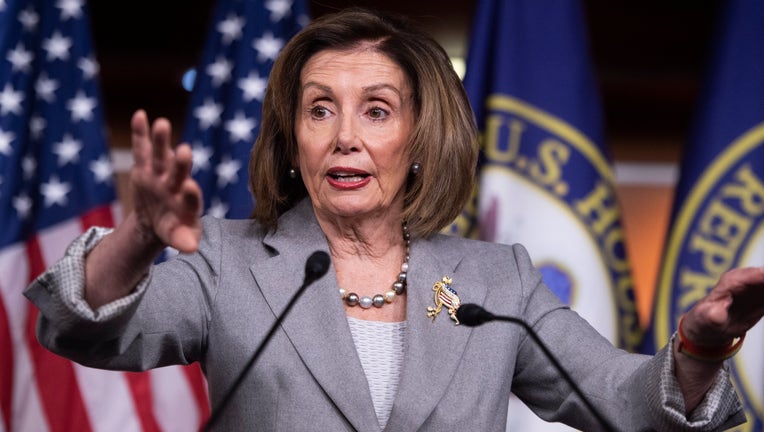 WASHINGTON (AP) - Senior lawmakers announced a tentative agreement Thursday on an almost $1.4 trillion government-wide spending bill that would stave off a federal shutdown next weekend and split the differences on a number of contentious issues.

The handshake agreement was announced by the chairwoman of the House Appropriations Committee, Rep. Nita Lowey, D-N.Y., and other top members of Congress.

“We've had a meeting of the minds,” Lowey said.

Details of the agreement were not announced and processing the sweeping measure is sure to take a few days. But it would award President Donald Trump with additional money for the U.S.-Mexico wall while giving the Democrats who control the House a number of their priorities.

The measure is likely to pass the House next week just before the House votes on impeaching Trump. A Senate vote is expected before a temporary spending bill expires next Friday at midnight.

“We decided that the decisions would be made today," said Rep. Kay Granger, R-Texas. “We said, ‘It's time to get this thing done.'"

At issue are 12 annual spending bill that fund the day-to-day operations of federal agencies. The appropriations package fills in the long-overdue details of this summer's budget and debt pact, which offered boosts to both the Pentagon and domestic agencies.