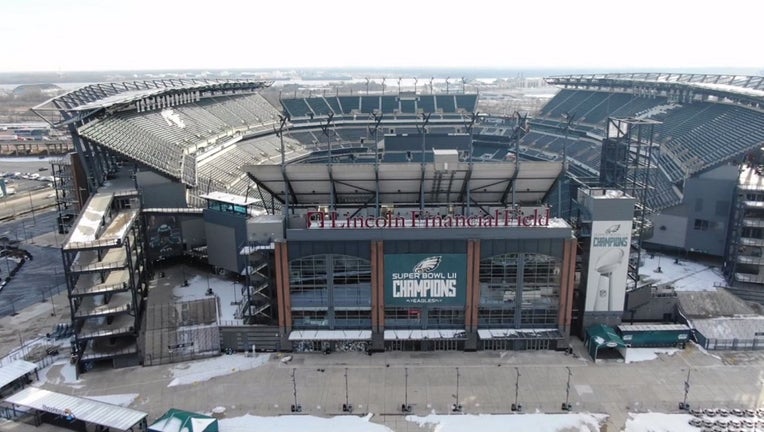 HARRISBURG, Pa. - A Pennsylvania appeals court overturned a jury verdict Friday against the Philadelphia Eagles, saying the football team should not have been held liable for injuries suffered by a fan wearing a Troy Aikman jersey who was jumped in a stadium bathroom.

Superior Court vacated the decision that had granted $700,000 to Patrick Pearson, who walks with a limp and suffers continuing leg pain because of the December 2014 attack during the Eagles-Cowboys game at Lincoln Financial Field.

The decision cited a 1984 state Supreme Court decision in ruling that property owners are not liable for harm to their invited visitors from criminal actions by third parties unless the property owners have voluntarily agreed to protect them.

Pearson was wearing a black Cowboys No. 8 jersey when he visited a crowded bathroom at halftime. Eagles fans were taunting Cowboys fans, prompting Pearson to respond, "get a ring and we'll talk," referring to Super Bowl rings, wrote Judge Mary Murray.

Someone grabbed the Cowboys knit cap from his head and threw it into a urinal, and Pearson ended up on the bathroom floor "with four or five people holding him down, twisting his leg and choking him," the judge wrote. When he got up, he realized his right foot had been turned 90 degrees.

Pearson's injuries required two rods and 10 pins to be inserted in his leg.

During the litigation, the Eagles argued the attack on Pearson was a surprise and witnesses said security is not routinely stationed inside bathrooms because such attacks are rare there. Security officers are posted in the stands in opposing teams' jerseys as a way to root out harassment of visiting teams' fans.

A message was left for Pearson's lawyer.

A lawyer for another defendant, security firm Executive Services Management Inc., also referred to in the court ruling as Apex, says it paid a portion of the award to Pearson last year. The lawyer, Matthew Noble, said Apex Security Group felt vindicated by the decision.

"Apex Security Group strives to ensure that Eagles' fans have only the best possible fan experience on game day at the Linc and they do that game after game," Noble said. "Mr, Pearson's incident is an unfortunate and rare case."