Dr. Richard Wender, chair of Family Medicine and Community Health at Penn Medicine, discussed the CDC report estimating that U.S. life expectancy dropped a full year and what that means.

Roughly a year into the COVID-19 pandemic, the crisis has affected nearly every facet of human life. More than 2 million people worldwide have died from the virus, including half a million Americans, and restrictions put in place to halt the virus’ spread has devastated economies.

Experts say the pandemic has also negatively impacted cancer care, with many still skipping preventative screenings over COVID fears. Some fear the delays in screenings and treatments could ultimately lead to a spike in cancer deaths in the future.

Earlier this month, the World Health Organization said COVID-19’s impact on cancer "has been stark," with a "profound" impact on diagnosis and treatment of cancers around the world.

Dr. André Ilbawi with the WHO’s Department of Noncommunicable Diseases said 50% of governments had cancer services "partially or completely disrupted because of the pandemic."

"Delays in diagnosis are common. Interruptions in therapy or abandonment have increased significantly," Ilbawi said, adding that this would likely have an impact on the total number of cancer deaths in coming years. 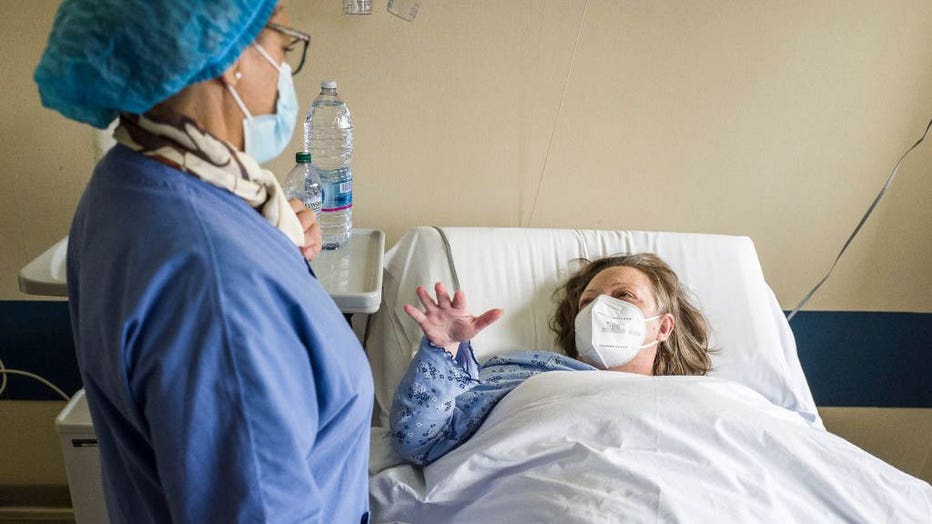 Adding cause for concern, U.S. Centers for Disease Control and Prevention estimated that U.S. life expectancy had dropped a staggering one year during the first half of 2020, as the novel coronavirus caused its first wave of deaths. The estimate was expected to worsen since it only reflected part of the year with a devastating death toll.

For many experts, the abnormal decline in life expectancy shows the devastating impact of COVID-19, not just on deaths directly from infection, but also from cancer and other conditions.

"To see the change in life expectancy that quickly in 2020 just illustrates how much of a threat to the population this pandemic has been," said Dr. Richard Wender, a family physician and chair of Family Medicine and Community Health at Penn Medicine.

"When restrictions lift, it’s important to reschedule any screening test that you’re due to receive," Wender said at the time. "Getting back on track with cancer screenings should be a high priority."

Wender, who led the work to promote cancer screenings at the ACS, said their team soon realized how far-reaching the effects of COVID-19 would be, and that "it would literally touch every aspect of cancer care."

"We realized how profound of a decision that was — that there were cancers or pre-cancers for which the diagnosis would be delayed," he recalled of the decision to pause routine screenings.

Now with the knowledge of how to best care for cancer patients safely, as well as widespread COVID-19 testing and vaccine distribution, doctors say continuing screenings and preventative care is important. But research has found that a significant amount of American adults are still not doing it.

A survey by the Prevent Cancer Foundation found that more than half (52%) of American adults have missed, postponed or canceled routine medical appointments. Fear of exposure to the virus was the number one reason why people had missed their appointments.

The same survey found that 2 in 3 Americans are not getting recommended cancer screenings, and 32% are not even aware of which screenings they need, the nonprofit found in its survey.

Minorities in every age group, who are also at a higher risk of COVID-19 infection, hospitalization and death, are most likely to be missing their appointments, the survey found. Black and Hispanic women are most likely to miss a mammogram or PAP/HPV test.

"I’m absolutely positive that the effects of COVID-19 are still being felt by individuals and are having a significant impact on their comfort level in seeking any healthcare, let alone preventative care," Wender said.

"Transmission, as a part of routine cancer screening, is almost zero. We have learned how to keep people safe," he added.

Time can be very precious with a cancer diagnosis. A study in the British Medical Journal found even a four-week delay of cancer treatment was associated with increased mortality for seven different cancers. Wender said for those who are having symptoms, are in the middle of treatment, or had surgery scheduled, time is of the essence.

"Even a delay of six to eight weeks can be enough to change prognosis. We have some patients, if they don’t respond to symptoms, have something that could have been handled more routinely and electively actually turn into an emergency," he said.

When it comes to people who are simply getting a routine pap smear or prostate screening without symptoms, getting that done "within a three- or four-month period" shouldn’t have a large impact.

The pandemic also created massive disruptions to clinical trial research across the world, according to an August report in the Lancet journal. Thousands of trials — around 80% of non-COVID-19 trials — were stopped or interrupted.

While COVID-19 also spurred innovation and fast-tracked many studies to address the virus, the long-term effects of other delayed research is unclear. In other ways, the pandemic forced oncology, and more broadly, medicine overall to adapt to virtual consultations and streamline research to make it more efficient.

For cancer doctors themselves, many have reported anxiety and depression — facing emotional highs and lows throughout the waves of the pandemic, while carrying heavy loads both at work and at home.

The ongoing mass vaccination has brought hope to the world, including the field of oncology. According to the ACS, many expert medical groups recommend that most people with cancer or a history of cancer get the COVID-19 vaccine once it’s available to them. But as always, it is best to discuss the risks and benefits of getting the vaccine with the patient’s doctor.

"The main concern about getting the vaccine is not whether it’s safe for people with cancer, but about how effective it will be, especially in people with weakened immune systems," the ACS says on its website.

"Like a lot of things in life, there’s no one profile of a cancer survivor," Wender added.