Shawnette Wilson reports on the fire in Southwest Philadelphia

The Philadelphia Fire Department tweeted video of the flames around 8:30 Monday night. It happened at the facility near 63rd and Passyunk, about 7 p.m. 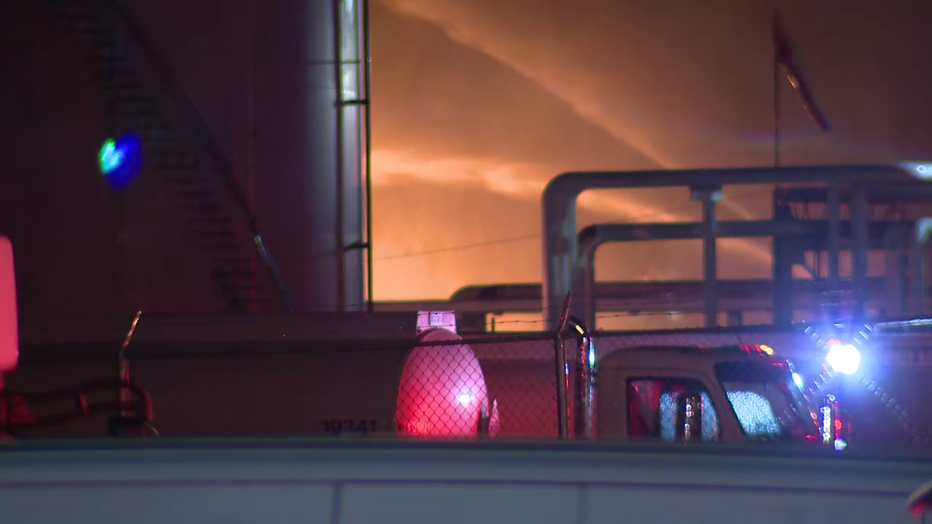 Just before nine o'clock the Philadelphia Office of Emergency Management said via social media they were also responding to the two alarm fire which required 45 pieces of equipment and about 100 staff to respond and put it out.

According to the Fire Department's Twitter account the fire is not related to the PES refinery fire which happened June 21st and eventually put hundreds of people out of work when it closed in the aftermath.

Officials say the company Kindermorgan, which owns the facility, arrived on scene and turned off the pipe between the tanks.