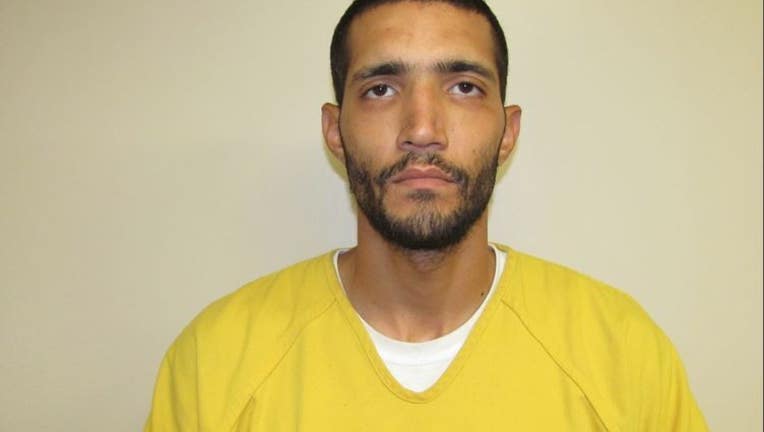 BERN TOWNSHIP, Pa. - Prosecutors have charged a New Jersey man in the murder of an elderly Berks County man two weeks after a body was found in the woods on a property in Bern Township.

Raphael Perez-Rodriguez, 29, was charged with three counts of murder and charges related to the stabbing death of 76-year-old Dennis Fink.

Detectives say Perez-Rodriguez became a person of interest after he was arrested in Reading on July 16 for driving a stolen car with several guns and two knives inside. During the investigation, officers reportedly found several items belonging to Fink inside the vehicle, including a laptop and wallet.

Authorities then went to Fink's house on Tully Road, but nobody was home. The following day officers were unable to locate Fink and issued a missing persons report. That night, Fink's body was found partially decomposed and covered in brush in the woods on Fink's property.

An autopsy later revealed that Fink was stabbed multiple times a day before the body was found. Prosecutors say Perez-Rodriguez admitted to the murder during an interview. He also admitted to placing his blood-stained shoes inside a duffle bag and leaving the bag inside Fink's home.

During a Wednesday afternoon press conference, officials said that Perez-Rodriguez is also being investigated for an alleged burglary at a funeral home during which several shots were fired at Reading police officers.

Perez-Rodriguez is being held at Berks County jail.