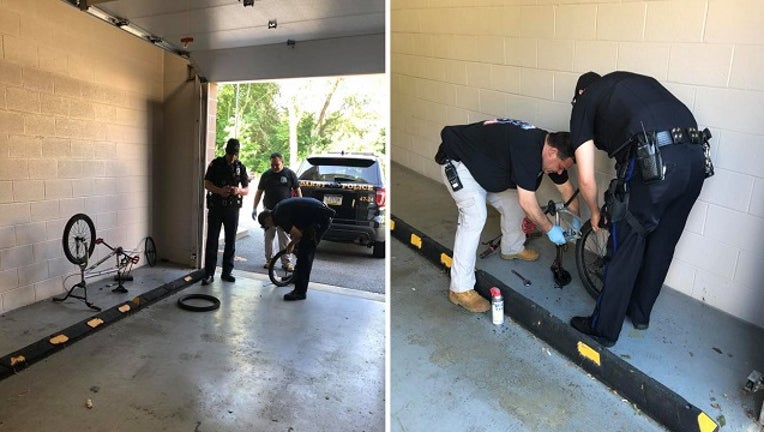 DARBY BOROUGH, Pa. - Two Darby Borough police officers went above and beyond when they helped a boy with his broken bike.

The boy stopped by the station on his way to school Monday morning because the back rim of the bike was bent. He asked officers if he could leave his bike at the station until after school.

Corporal Evans, Det./Corporal Quartapella and Ptlm. Takacs went out of their way to fix the bike so when the boy stops back he will be able to ride it home.

Police shared the images on social media. As of this writing, the images garnered over 2,000 likes.