WASHINGTON - A D.C. Metro employee was arrested last week in the District for his alleged participation in the January 6 riot at the U.S. Capitol.

Federal authorities say Iraj George Javid was arrested on March 2 of this year. The investigation into his involvement in the riot began in March 2021. 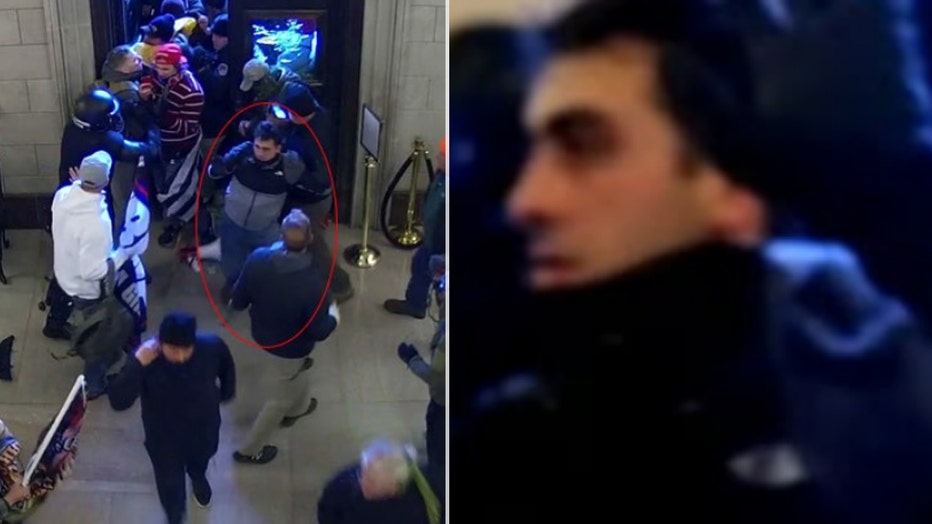 Through surveillance video and images investigators say they were able to place Javid on the Capitol grounds and in the building during the attack.

Images released by the Department of Justice show a person they say is Javid near Ashli Babbitt when she was shot.

Metro officials confirmed to FOX 5 that Javid was hired in April 2011 and works in Information Technology. Officials say his is "a position that does not involve any work of a security sensitive nature."

The siege resulted in the deaths of five people, including a police officer. The Justice Department says more than 235 rioters have been charged with assaulting or impeding law enforcement, injuring over 100 officers. Rioters caused over $1 million in damage to the Capitol.

Looking back on Jan. 6 Capitol Riot

The Justice Department says its investigation has generated an unprecedented volume of evidence, with hundreds of thousands of documents and thousands of hours of videos to share with defense attorneys. Shared files total more than nine terabytes of information and would take over 100 days to view, the department says.

More than 750 people have been charged with federal crimes related to the riot. Over 200 of them have pleaded guilty, mostly to misdemeanors carrying a maximum sentence of six months’ imprisonment. More than 100 riot defendants have been sentenced. And at least 90 others have trial dates this year.