According to officials with the DEA, about 20 pounds of meth and 4,000 pills suspected to contain fentanyl were seized. FOX 10's Brian Webb reports.

PHOENIX - Authorities say three men who were distributing drugs out of a used car dealership in Phoenix were arrested.

Anthony Fife lives in the area, and he walks by the dealership every day while on this way to work.

"When I walked by, a lot of cops right here just hanging out. They wave me by. I didn’t say anything," said Fife.

Approximately 20 pounds of meth was seized from a used car dealership in Phoenix on Jan. 20, the DEA said.

All three men were booked into jail and are accused of drug charges. Avila-Aguilar is also accused of weapons charges.

"There’s a stream of violence is associated with the drug traffic, so we are really focused at the DEA and pursuing not just the drug aspect, but also the violence that comes with it hand-in-hand," said DEA Special Agent Cheri Oz.

The Phoenix Police Department assisted the DEA with the investigation, while the Maricopa County Attorney's Office is handling the case.

DEA officials, meanwhile, say while they will not comment on open investigations, they will say that Arizona is the primary drug route used by the Sinaloa drug cartel, and once the drugs are in Arizona, they are often sold in places people would never expect.

"It's a $3 trillion business in the United States, drug trafficking. $3 trillion. Which is a lot of motivation for people to do very bad things," said Special Agent Oz.

BSG Auto Sales is back open for business, and for residents like Fife, stories like this simply come with the territory.

"Just the area we're in, so, you know, it's not that surprising," said Fife. 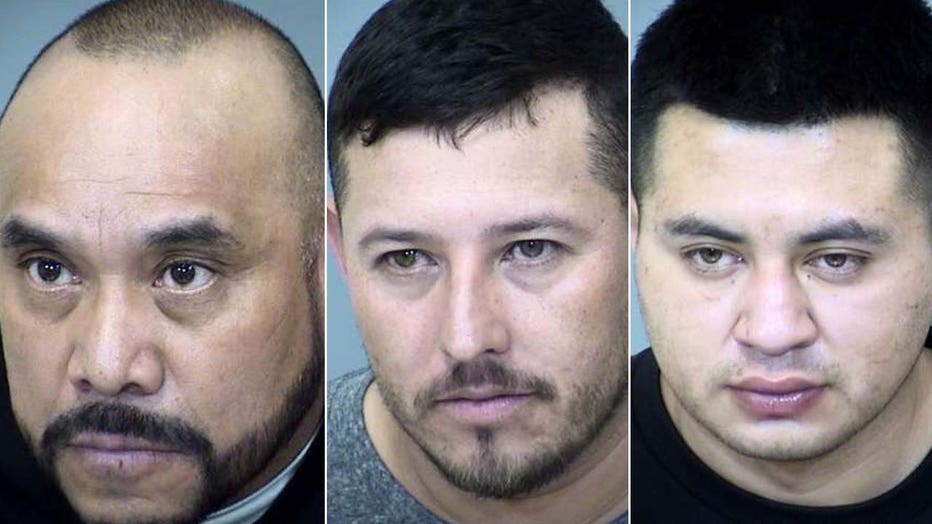