Dave Schratwieser has the latest on the deadly shooting outside a middle school in Smyrna, Del. and the chase the suspect led police on, crashing into a tree in Maryland.

SMYRNA, Del. - A woman is dead and the man suspected of shooting her outside of a Delaware middle school has died after a police pursuit across state lines ended in a crash.

Police responded to reports of a shooting around 10:15 a.m. Tuesday outside of Smyrna Middle School on the 700 block of Duck Creek Road.

When a school resource officer arrived on the scene, she found a 38-year-old woman had been shot. The officer rendered aid and administered CPR until medics arrived and later pronounced the victim dead at the scene.

A suspect in a deadly shooting outside of Smyrna Middle School in Delaware was taken into custody in Maryland following a police pursuit, authorities announced Tuesday afternoon.

Investigators say prior to the shooting, the victim had been involved in a verbal argument with a 47-year-old man. The argument escalated in the school parking lot, and police say the man shot the victim.

Police say the shooting was domestic-related. Officials indicated there was no threat to the 300 students who remained inside on a modified lockdown at the school.

The suspect fled the scene in a vehicle and was located by Delaware State Police a short time later. State police initiated a traffic stop, but the suspect fled, leading police on a chase into Maryland. 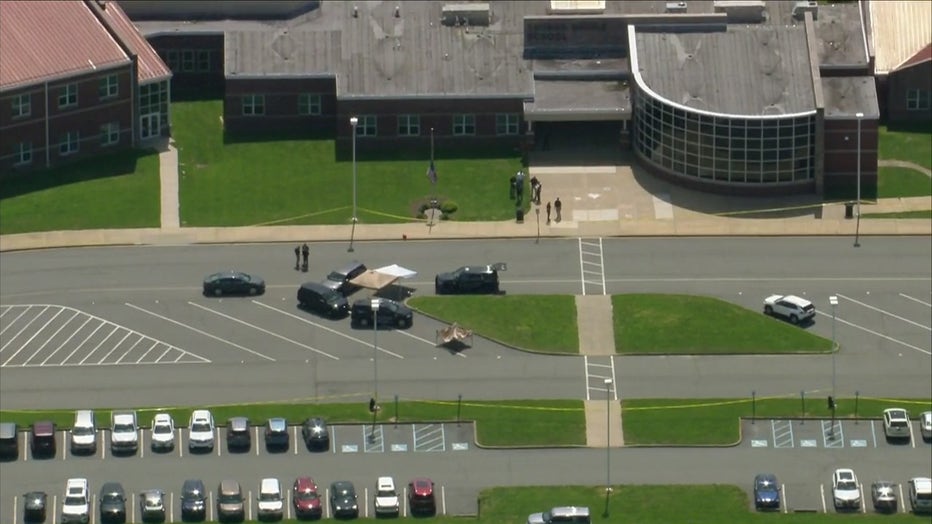 Authorities from both states continued to pursue the suspect until they say he sustained a self-inflicted gunshot wound, lost control of his vehicle, and struck a tree, in Cecil County, Maryland.

First responders airlifted the suspect from the scene and took him to a Maryland-area hospital where he was later pronounced dead.

On Wednesday, police revealed that they are now investigating the shooting death of a 21-year-old woman in Smyrna in connection with the incident.

Just before 1 p.m., students could be seen exiting the building with staff members. They were taken to the nearby high school and released to their parents, away from cameras. Schools are closed Wednesday for weekly cleaning.

Authorities have not identified the suspect or victim in the shooting but did clarify that the victim was not a school employee.