The official death toll of those killed by consuming methanol-tainted alcohol in Costa Rica in recent weeks has risen from 19 to 25, health officials confirmed on Aug. 7.

SAN JOSE, Costa Rica - After weeks of investigation and a steadily rising number of cases of illness, the Costa Rican Ministry of Health confirmed that, as of Aug. 7, the official death toll of those killed by consuming methanol-tainted alcohol has risen from 19 to 25.

An official report issued on Aug. 7 from the Ministry of Health regarding the surveillance of methanol-tainted alcohol stated that 62 cases of methanol poisoning had been reported at the time, 47 of which were men and 25 of which were women. At that time, the total number of confirmed deaths was 25, meaning that 40.3 percent of cases in which methanol poisoning occurred resulted in death.

Carlos Alvarado Quesada, Costa Rica’s president, previously expressed remorse for the loss of life in a July 9 tweet, writing, “We deeply regret the lives that have been claimed because of the sale of beverages with liquor adulterated with methanol. I have instructed @msaludcr and other authorities to collect all possible data to lay responsibilities.”

“The United States Embassy has said it is ‘not aware of any U.S. citizen illness or death due to consuming adulterated alcohol in Costa Rica,’” Costa Rican publication The Tico Times reported on Aug. 6.

An initial alert was issued on July 5 by the Costa Rica Ministry of Health warning that liquor being sold in bottles labeled as the brand Guaro Montano may be tainted after the department found dangerous levels of methanol in tested samples.

By July 31 after much further investigation and testing, the Ministry of Health was warning that a slew of other samples had tested positive for toxic levels of methanol, including bottles with labels of the brands Aguardiente Barón Red, Timbuka Brandy, Molotov Brandy, Guaro Gran Apache, Red Star Brandy, Guaro Sacheto and Guaro Cuerazo. 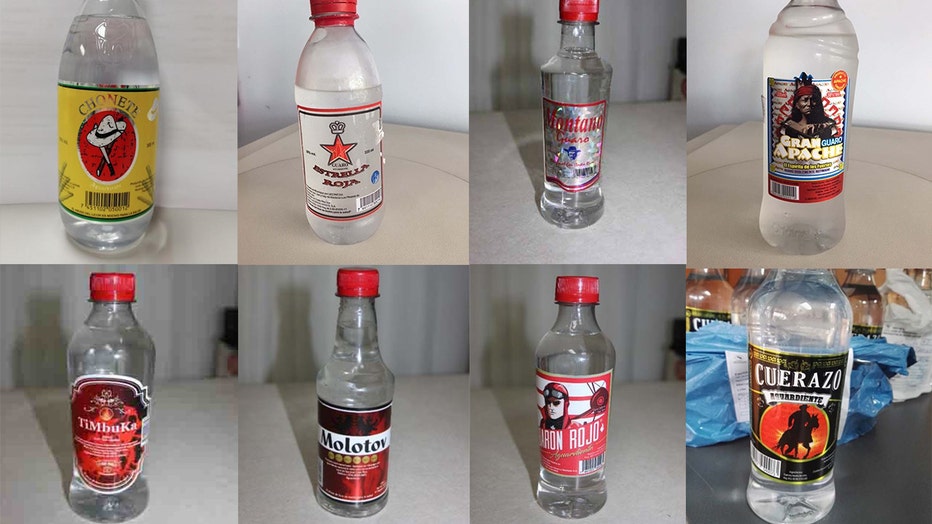 Several of these brands are registered with the Ministry of Health, and the agency warns that it suspects counterfeit products are being circulated in the national market, and it would be nearly impossible to determine if you had a verified product or a counterfeit.

Symptoms to watch out for in the case of methanol poisoning are acute abdominal pain, acute headache and ataxia (lack of coordination and bodily movement).

Fatal dosage varies from person to person based on factors like weight and whether or not the person is a habitual drinker, but generally speaking, .44 milliliters of 100 percent methanol per pound of body weight would result in a toxic concentration of methanol in the body, according to the Ministry of Health.

The Ministry of Health is warning people not to purchase or consume any bottles of liquor with these labels unless it can be guaranteed as an original and authentic product until the health alert is lifted.

Vendors have also been warned not to sell these brands of liquor if they cannot be verified as authentic and uncontaminated until the alert is lifted.

Additionally, the Ministry of Health warned that “the health authority shall proceed to suspend the Sanitary Operating Permit of the commercial establishments in which these products are sold despite this prohibition.”

The government agency reported that authorities had seized 38,000 bottles of liquor as of July 24.

The Tico Times reported on Aug. 6 that, as of that time, “Costa Rican authorities have seized more than 55,000 bottles of liquor and closed 10 establishments suspected of selling tainted liquor.”