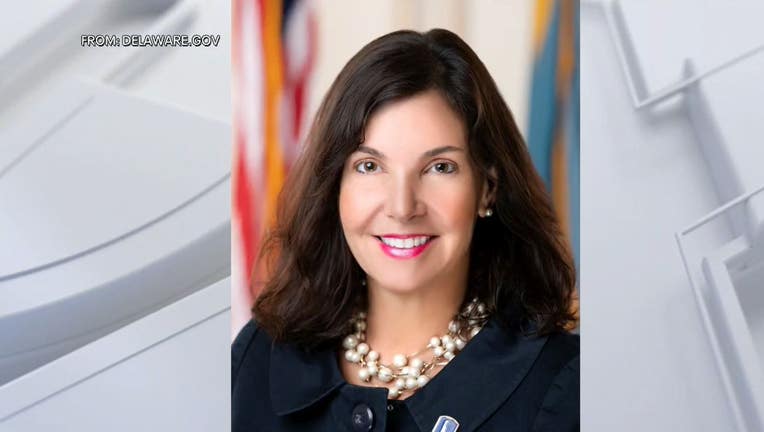 DOVER, Del. - A jury returned a mixed verdict Friday in the corruption trial of Delaware State Auditor Kathy McGuiness, acquitting her of felony charges but finding her guilty of three misdemeanors.

McGuiness, a Democrat elected in 2018, is the first statewide elected official in Delaware to be prosecuted while in office.

As state auditor, McGuiness is responsible for rooting out government fraud, waste and abuse but was indicted last year on five charges, including felony counts of theft and witness intimidation.

After deliberating for about four hours over two days, jurors acquitted McGuiness of the theft and intimidation charges. They found her guilty of the three lesser charges — conflict of interest, official misconduct and structuring a contract to avoid a procurement rule.

Prosecutors argued McGuiness abused her position in hiring her daughter, structuring payments under a consulting contract to avoid accounting scrutiny, and intimidating employees who were cooperating with investigators.

The defense argued McGuiness was the target of an incompetent and biased investigation spurred by complaints from disgruntled employees as she tried to make changes in her office following her predecessor’s 30-year tenure.

The jury verdict followed a two-week trial that featured about two dozen witnesses and hundreds of exhibits including emails, text messages, payroll records and accounting spreadsheets.

Prosecutor Mark Denney told jurors that McGuiness "used and abused" her position to hire her daughter and give her special privileges unavailable to other part-time workers. He also said she stole money from the state by paying Elizabeth "Saylar" McGuiness, 20, and having access to their joint bank account. Denney also said McGuiness ruled "with an iron fist," harassing and intimidating employees who she suspected might be cooperating in an investigation of her office.

In addition to hiring her daughter in May 2020 when other part-time workers were leaving because of a lack of work during the coronavirus pandemic, prosecutors argued that McGuiness orchestrated a no-bid communications services contract for My Campaign Group, a consulting firm she had used in a 2016 campaign for lieutenant governor, then kept the payments under $5,000 to avoid having to get them approved by the Division of Accounting.

Wood also refuted allegations that Saylar McGuiness received special treatment, such as having access to her mother’s state vehicle. He noted that other part-time workers also had access to the vehicle, and that investigators failed to interview five others to determine whether they were treated differently than Saylar McGuiness.

He also reminded jurors that Robinson admitted there was "zero evidence" Kathy McGuiness ever received any money from the joint bank account in which her daughter’s paychecks were deposited and which had been set up when she was a child.

Wood also countered the witness intimidation charges, which included allegations that McGuiness was improperly monitoring employees’ emails, by saying there were justifiable reasons for one employee receiving a performance improvement plan and two others being reprimanded.

Much of the trial testimony and evidence involved allegations regarding the contract with My Campaign Group and payments made to Christie Gross, owner of the consulting firm.

Denney said that, as auditor, McGuiness knew the procurement rules and deliberately took steps to evade them.

"Kathy McGuiness knew just how to play the system, and she did," he told jurors in closing arguments.

Wood, the defense attorney, pointed to emails among McGuiness, former chief of staff Thomas Van Horn, and administrative officer Shequanna Cousin about a My Campaign Group invoice for $11,250 that had been sent back by the Division of Accounting because the purchase order for the contract had a remaining balance of only $4,350.

With Gross demanding payment for the past due invoice, McGuiness asked Van Horn and Cousin how to they could handle it, "since this is not in my wheelhouse."

In the end, a decision was made to pay the $4,350 remaining on the purchase order and $4,900 of the $6,900 excess as a "direct claim" voucher outside the purchase order. Such payments are allowed if a change order or "after-the-fact waiver" request is submitted. The $4,900 amount meant that the auditor’s office would not have to wait for approval from the Division of Accounting because the payment approval threshold was $5,000.

Wood said Van Horn and McGuiness assumed that Cousin, who was responsible for payments and waiver requests, would submit the required waiver after returning from vacation, but they didn’t know Cousin had decided to quit and wouldn’t be returning. The waiver never got submitted.