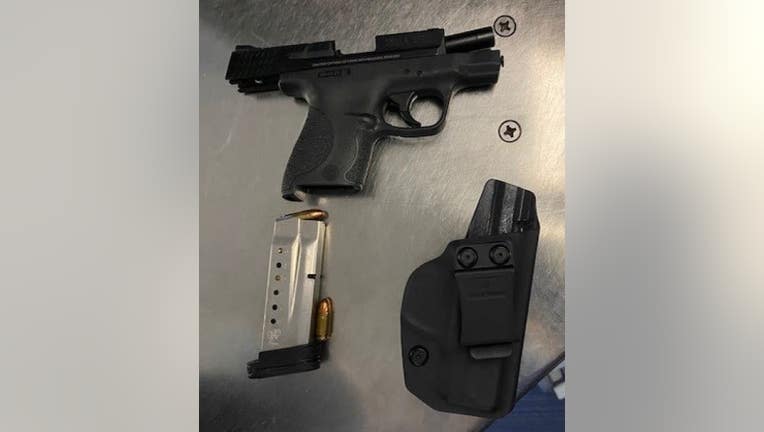 Police say a Delaware County man was arrested after TSA Agents found a loaded handgun in his carry-on bag.

According to authorities, the Havertown man told police that he had the loaded gun with him. The 9mm handgun was loaded with seven bullets and one in the chamber, police said.

TSA agents made the discovery during an x-ray bag check at terminal A. Agents notified Port Authority Police who confiscated the gun and arrested the man on weapons charges, according to officials.

"Claiming to forget that you have a loaded gun with you is inexcusable. This is an accident waiting to happen," TSA’s Federal Security Director for New Jersey Thomas Carter said. "If you own a gun you need to know where it is at all times."