When Khalid Adkins boarded his return flight from the Dominican Republic, he was dripping with sweat and vomited in the plane’s bathroom before being asked to disembark, his family told a local news station in Denver.

DENVER - A Colorado man has reportedly died after falling critically ill while on vacation in the Dominican Republic.

Khalid Adkins traveled to the Dominican Republic with his daughter last week and suddenly became sick, his family told FOX 31 in Denver.

When Adkins boarded his return flight to the U.S. on June 23, he was dripping with sweat and vomited in the plane’s bathroom, his sister-in-law, Marla Strick, told the station. Adkins’ daughter had already returned to Denver when her father became sick, according to the station.

“He said, ‘They pulled me off the plane and made me go to the hospital,'” Strick said.

“They transferred him to Santo Domingo and [said] that his breathing is really bad and they said that his kidneys were failing,” Strick told the station on Tuesday, prior to Adkins’ death. 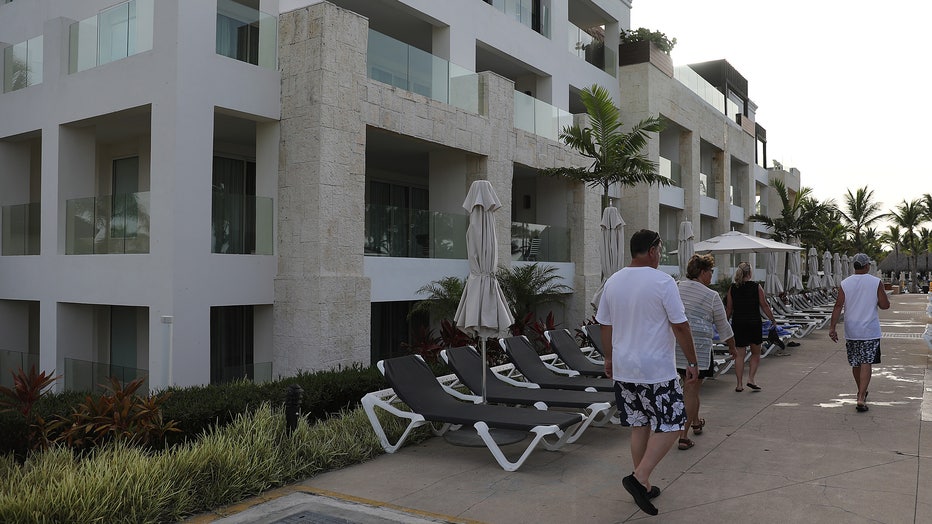 The grounds of a resort are seen in an image taken June 20, 2019 in Punta Cana, Dominican Republic. (Photo by Joe Raedle/Getty Images)

Family members told the news station they were having difficulty communicating with hospital staff and hadn’t received an official diagnosis prior to his death.

“He said his leg started to swell and that’s why he couldn’t get up. And he started sweating and vomiting. He is just yelling and in pain, so he couldn’t talk to me,” Strick told FOX 31 on Tuesday.

The hospital told the family at the time that they would try to find dialysis in Santo Domingo or fly him back to the United States on an air ambulance flight — which could cost an estimated $20,000, the station reported. As a result, a GoFundMe page was launched to raise funds to get him back to the U.S.

On Wednesday morning, the GoFundMe page was updated with the family’s devastating news that Adkins had passed away and that they were “at a loss for words.”

The U.S. State Department confirmed the death of a U.S. citizen on June 25, but did not release a name.

“We offer our sincerest condolences to the family for their loss. Out of respect for the family during this difficult time, we do not have additional information to provide,” a State Department spokesperson said.

Adkins’ death comes as a rash of U.S. tourist deaths in the Dominican Republic have been reported across the Caribbean island nation. U.S. officials have not said the deaths are connected, and the State Department said there has not been an uptick in American citizen deaths reported to the department.

Tourism officials in the Dominican Republic said that the FBI and health specialists were investigating many of the cases.

On Friday, Minister of Tourism Francisco Javier García declared that the Dominican Republic continues to be a safe destination and rejected claims regarding "mysterious or massive deaths" of tourists who have visited the country.

"We have unequivocally shown that there is not an avalanche of deaths of American tourists in the country and it is not true that there are mysterious deaths," García said in a press conference with international media.