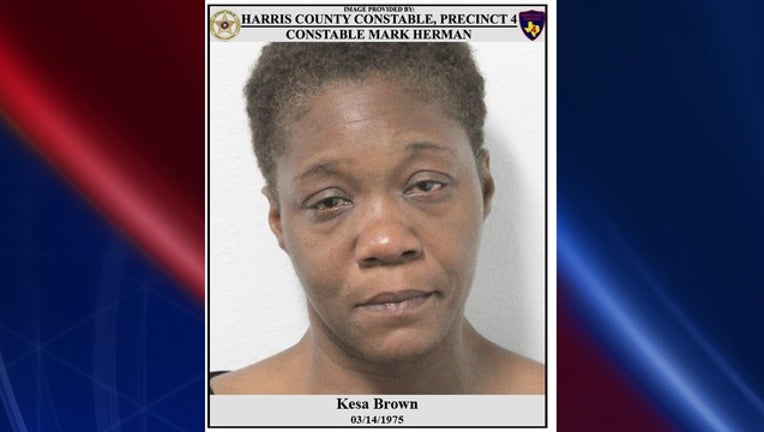 HOUSTON - A mother was arrested for allegedly making her 10-year-old son get out of the car at a busy intersection and walk alone in 100-degree weather after he accidentally dropped food in their vehicle, authorities say.

The Harris County Pct. 4 Constable’s Office received a call about a boy walking alone under the overpass of the North Sam Houston Parkway at Veterans Memorial Drive during heavy traffic on June 8. Deputies located the boy near a gas station.

Authorities say the boy told them that his mother made him get out of their car after he accidentally dropped food and his mother then drove away.

Kesa Brown was located and arrested about an hour later. She was charged with Child Endangerment.

The boy was released to a guardian.