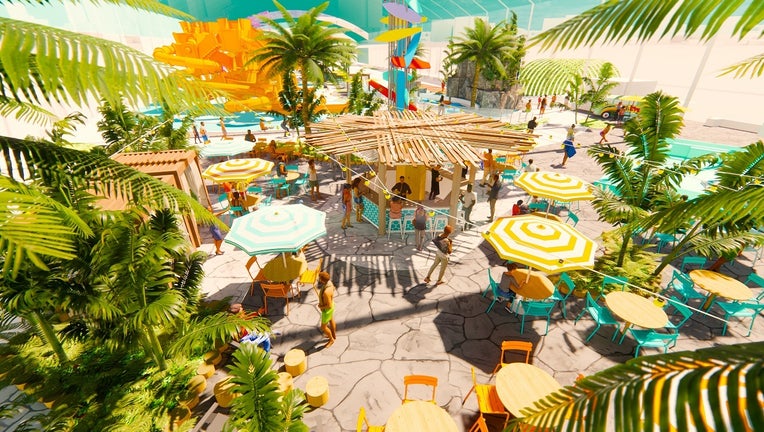 ATLANTIC CITY - Philadelphia developer Bart Blatstein broke ground Wednesday on a $100 million indoor water park on the Atlantic City Boardwalk that is designed to give families a year-round option in the seaside resort that doesn't involve gambling.

It will feature water slides, pools, a lazy river, food and beverage outlets, retails space, lounge areas, and a party room. It also will include an adult section with alcoholic beverages and amenities, including foot massages and manicures, Blatstein said.

"This water park is going to crush it," he said confidently in a ceremony under a tent on a frigid January day as swimsuit models frolicked in a swimming pool set up for the occasion and others rode an indoor surfing machine.

Blatstein and Mayor Marty Small both said the project is needed to give families thinking of visiting Atlantic City something to do other than gambling.

"We need to diversify our entertainment offerings," Small said.

Small cited a long history of water parks being proposed for Atlantic City — and then never being built, including a 2017 proposal for one at the former Atlantic Club casino.

"We've all heard stories of water parks coming here to Atlantic City and for whatever reason, it didn't happen," he said. "This is happening."

Blatstein doubled down on the guarantee. 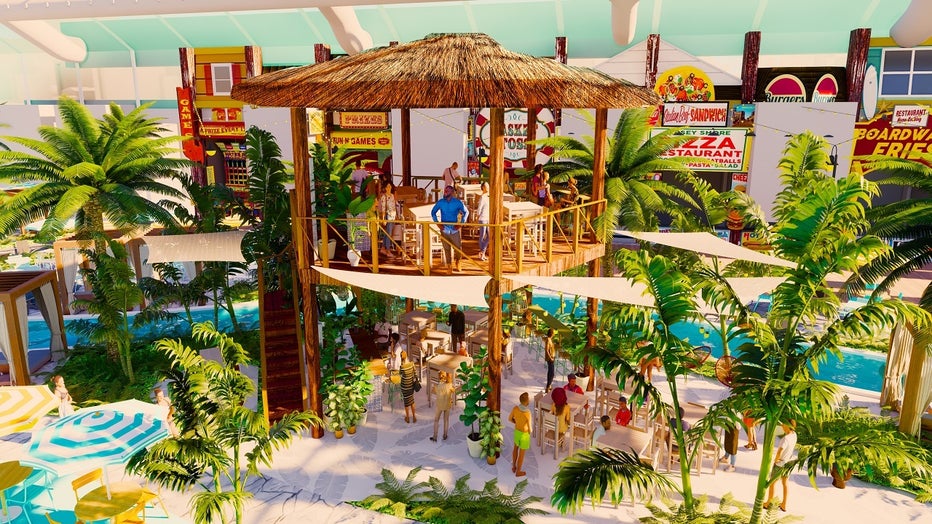 He said he would like to have the park open by Memorial Day weekend 2023.

It is to be built on a vacant lot next to the former Showboat casino, which Blatstein owns and operates as a nongambling hotel.

A 20-year state tax incentive will help finance the project. The Casino Reinvestment Development Authority in 2020 approved designation of the project as an entertainment retail district, which entitles it to an annual rebate of as much as $2.5 million in sales tax generated by it for 20 years. There also will be tax breaks on construction materials used for the project. 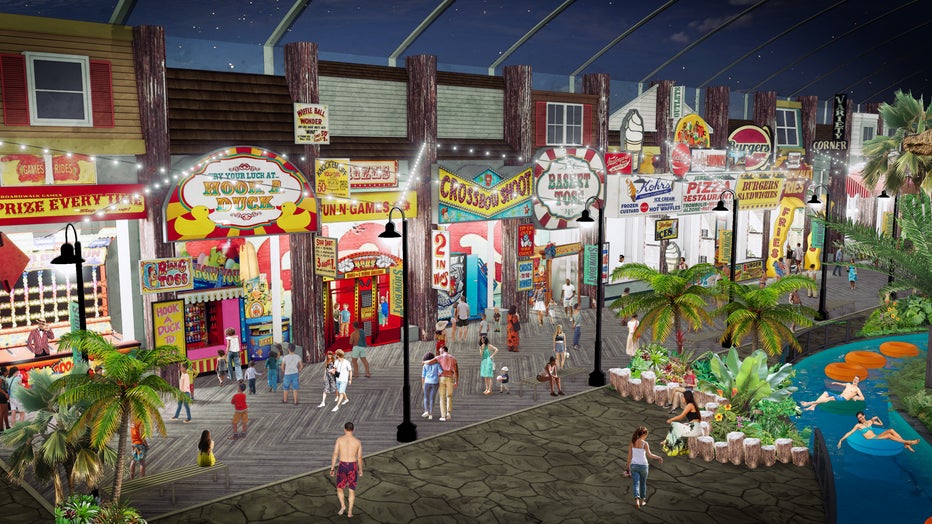 Blatstein refused to say Wednesday if he is still interested in opening a casino either at the Showboat or as new construction on land he owns nearby. He said as recently as 2019 he wants to open a casino at or near the Showboat site, but has been silent about that proposal in recent years as the water park plan advanced.

The water park will include parallel slides to allow for racing.

A retractable glass-paned roof will cover the entire project, enabling it to be open all year.