SOUTH PHILADELPHIA - David Padro Jr., 22, was shot and killed over a parking space outside of Pat’s Steaks in South Philly early Thursday morning, according to the young man’s grieving father who is now planning his funeral.

"He was a very humble kid, loved everybody, "Didn’t deserve this at all." David Padro Sr. said.

Padro Sr. spoke with FOX 29's Jennifer Joyce outside of Circle of Life funeral home in Camden, the city in which his son lived with his now traumatized girlfriend.  She witnessed Padro’s murder.

"Went from a simple fight to him getting killed," Padro Sr. said. "It should’ve never happened at all." 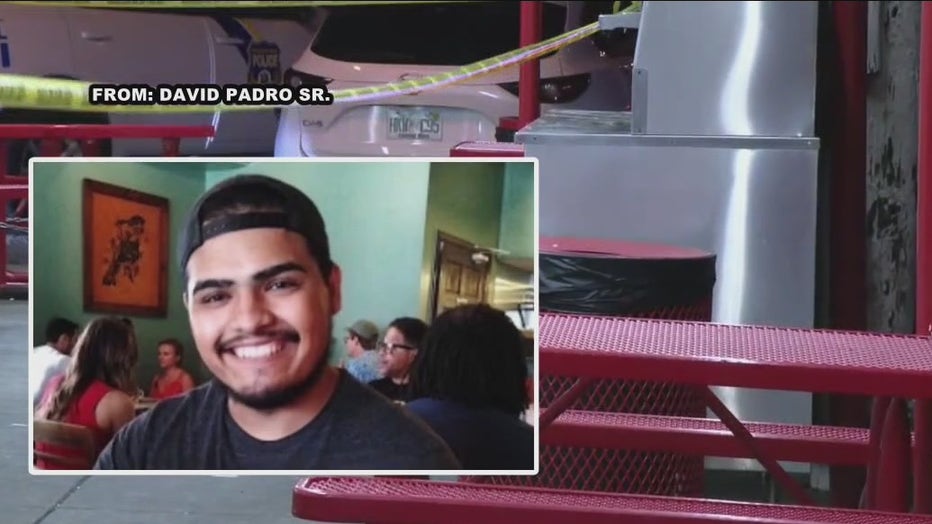 The victim’s father says it provides little comfort to his heartbroken family.

Padro Sr. is feeling angry that senseless gun violence claimed his son’s life. He says his son wasn’t a fighter and was a young entrepreneur with a positive spirit. He had four siblings who miss him dearly.

"My son was a good person, remember him in a good way," Padro Sr. said.

A GoFundMe has been set up. If you wish to donate, please click here.