Get a sneak peek of the new Star Wars: Rise of the Resistance ride at Disneyland

Bobby Navarro of Garden Grove said he got up at 4 a.m. with his friends and got into the park by 5:30 a.m.

Navarro experienced Star Wars: Rise of the Resistance when it debuted at Disney World on Dec. 5, so he had some practice in using the company's application to sign up for a pass to the attraction. Navarro said it was key to get everyone in the group connected on the app and requesting a pass simultaneously, but that also meant he had to de-select others who were not at the park with his group. 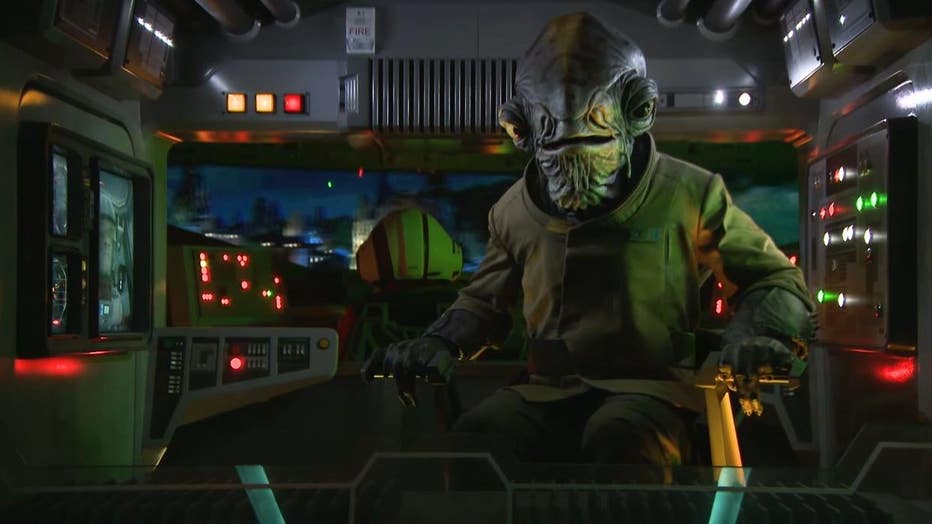 "The queue for the digital app started at 6 o'clock... and we still had to wait hours before the app opened,'' Navarro said. "And then, it was whoever is able to push the button fastest.''

Navarro and his group were assigned to boarding group 84, and he was advised the park may only be able to handle 82 boarding groups on Friday, but he was hopeful his group will get a chance to see the Anaheim version of the ride.

"The first day in Florida, they got up to boarding group 125,'' Navarro said.

Navarro said even the wait in line for the ride in Florida helped guests feel immersed in the experience. The attraction included a hologram explaining the "context and storyline,'' he said.

Cast members help guide guests through the line until the fun begins with an abduction and imprisonment by stormtroopers, he said. 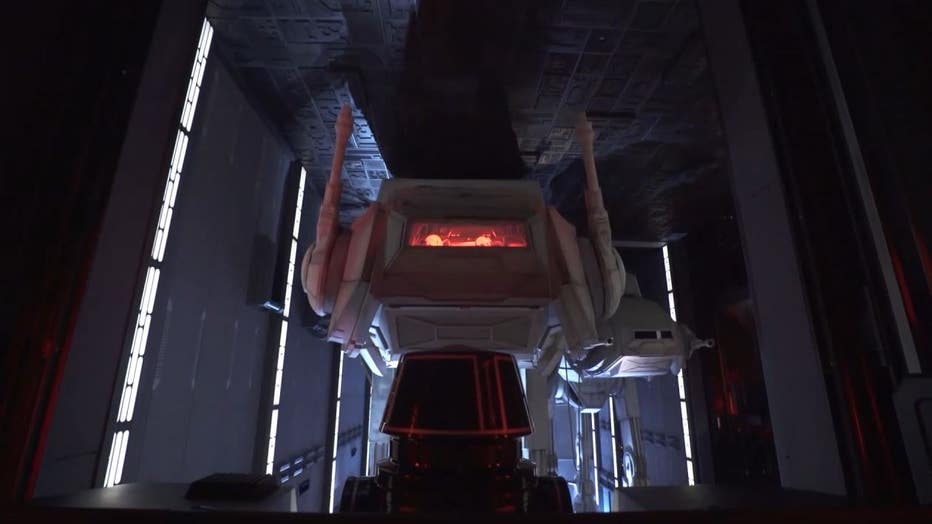 One of the more impressive attractions is a glass panel that makes participants feel as if they are looking into outer space, he said.

As the "prisoners'' are being told they will be "eliminated,'' resistance fighters break through with lightsabers to help lead an escape, Navarro said.

The guests make their escape on a pod, he said.

"The mag-lev system is what really makes the ride,'' he said of the battleship in the attraction. "This really feels like a battleship.''

"They really did a great job of transporting you to a different place,'' he said.

The ride takes about 20 minutes, he said.

Anaheim police Sgt. Shane Carringer said the city has not experienced any issues with traffic in the area despite also hosting the National Association of Music Merchants convention.

"I haven't heard of any problems,'' he said. "These large events, although extraordinary for Anaheim, are definitely not out of our comfort zone to handle these pretty regularly. And Disney has ingress and egress down to a science.''

Carringer said he got to experience the new attraction last night.

Disneyland spokeswoman Liz Jaeger said, "Guests are having a blast experiencing Star Wars: Rise of the Resistance, and the virtual queue allows them to enjoy other areas of the park instead of waiting in line.''