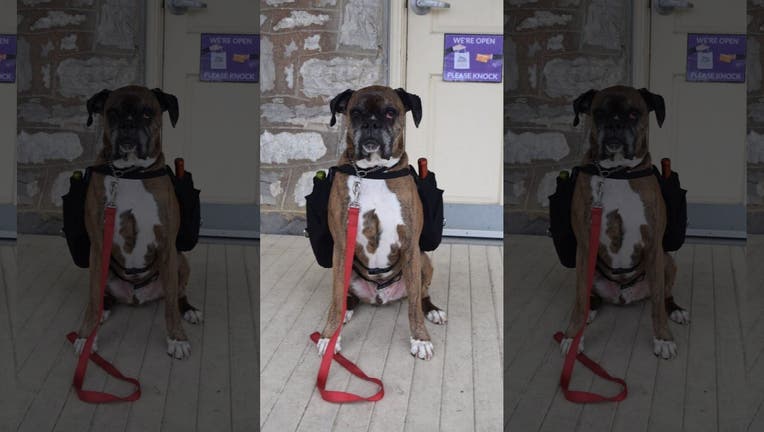 “We’ve had people call in just specifically to have Soda Pup bring wine out to them,” said Lori Yata, Soda Pup’s owner and co-owner of the winery. (Stone House Urban Winery)

FOX NEWS - Maryland is getting the real-life equivalent of the brandy barrel-bearing St. Bernard of Alpine rescue lore — although instead of life-giving spirits, it’s carrying spirit-giving wine.

It’s the social-distancing solution of Stone House Urban Winery in Hagerstown, which has introduced a delivery dog to its intrepid staff.

His name is Soda Pup, a 75-pound brindle boxer with all the breeding necessary for curbside service, plus horse saddle bags and a vest with two pouches.

He doesn’t work the streets alone, either. The winery puts someone on “dog patrol,” letting pup-happy customers know not to give Soda snacks other than ice cubes. 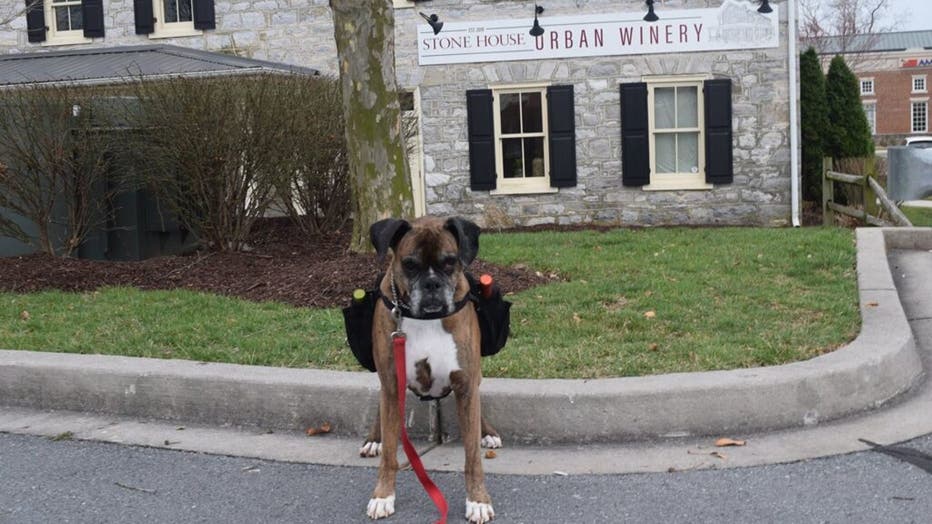 “We’ve had people call in just specifically to have Soda Pup bring wine out to them,” Lori Yata, Soda Pup’s owner and co-owner of the winery, tells WJLA-TV. But she wasn’t sure it would work at first.

“I thought, ‘God, please don’t let a goose or something walk by or those wine bottles are gone,’” she tells the Herald-Mail.

But winos beware: The 11-year-old pooch only carries two bottles of wine at a time, which, on the bright side, means you’ll see plenty of him.

“We are going to look for the positive side of this, closing the store allows us to do things we normally cannot keep up with, we are making tons of wine,” Yata says.