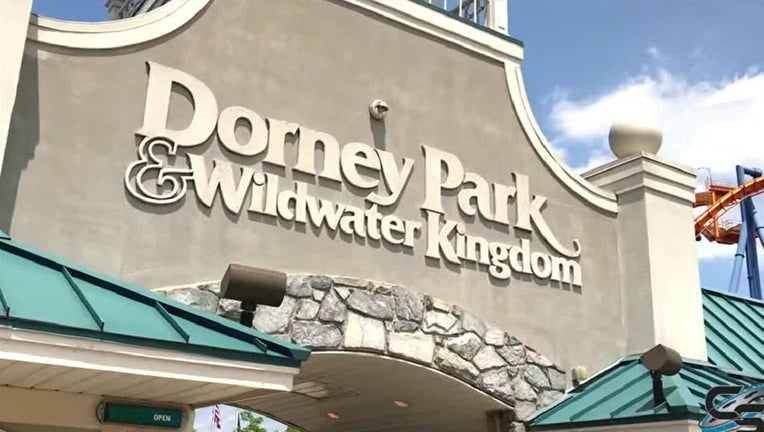 ALLENTOWN, Pa. - A Pennsylvania amusement park is no longer selling a bullet cartridge keychain that could be personalized with the buyer's name.

Sarah Keller tells LehighValleyLive.com she felt a mix of horror and disbelief when her daughter spotted the souvenir for sale in the gift shop at Dorney Park and Wildwater Kingdom. Her daughter said, "Whoa, that's crazy."

In addition to having a name engraved in a leather strap around the bullets, the packaging also featured the phrase, "The right to keep and bear arms."

Keller shared a photo of a display with a friend who criticized the item on social media.

Dorney Park replied to a photo of the item on Twitter a short time later and claimed the personalized bullets had been pulled from the shelf.

In a statement, Dorney Park said it has ceased offering the merchandise. The park said it believes it can offer its "guests products that are more suitable for our family friendly environment."