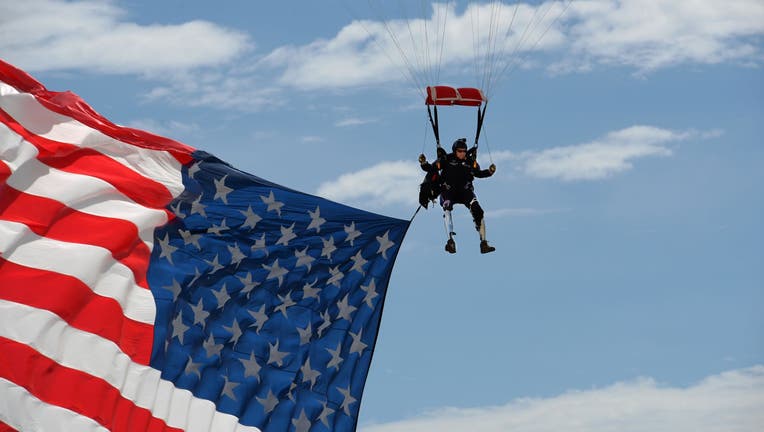 A skydiver with two prosthetic legs jumped out of an airplane to carry a huge American flag down to the 80th Sturgis Motorcycle Rally in South Dakota over the weekend.

Sgt. 1st Class Dana Bowman, is a former Special Forces soldier and a member of the Army’s Golden Knights parachute team, which is also how he lost his legs. He suffered the injuries in a mid-air collision during a Golden Knights training incident that left a fellow skydiver dead.

According to the Defense Department, he was the first double-amputee to reenlist.

He has 4,000 jumps under his belt, many of them after the accident, according to Black Hills Fox, a South Dakota station.

He told the outlet he does the jumps to inspire other veterans. 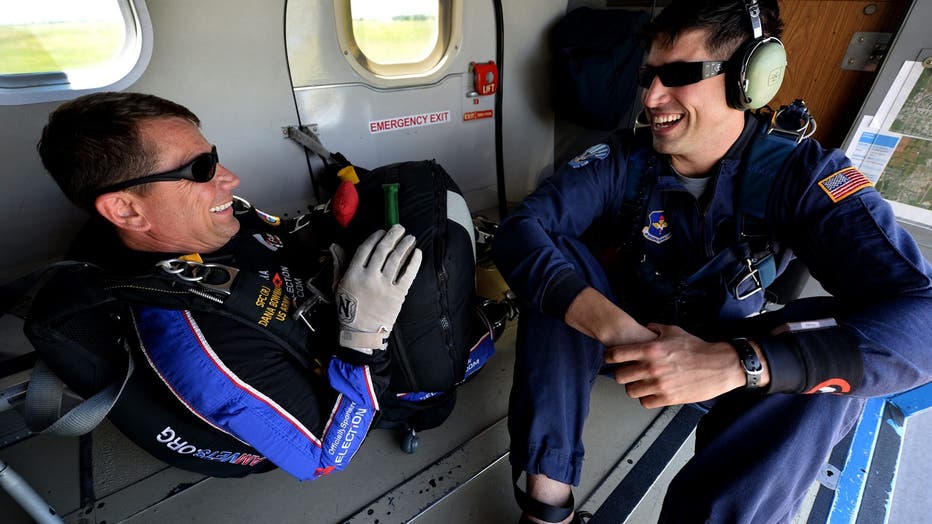 "You know it is so exhilarating to be an inspiration to a lot of them,” he said. “Some are looking for hope. Hope for despondent, courage to the timid, and strength to the weak.”

His jump coincided with the arrival of the Sturgis Rally’s Veterans Ride, to help kick off the rally Friday.

The event runs until Aug. 16 and is expected to draw about 250,000 visitors amid the coronavirus pandemic – compared to about 500,000 in an average year. Still, it’s expected to become one of the largest public gatherings since the outbreak began.

Local officials scaled back the event, canceling city-hosted aspects and cutting spending on advertisements due to the COVID-19 crisis.

They also plan to conduct mass testing on visitors to get an idea of the virus’ impact on the rally.