PHILADELPHIA - The rash of gun violence continued overnight as authorities say two men were killed during an apparent shootout at a gas station in Ogontz Thursday night, and another man was gunned down in West Philadelphia early Friday morning.

Just after 11 p.m. police say three men each armed with a gun fired over 25 shots during a shootout at a Shell gas station near the intersection of Broad Street and Stenton Avenue. 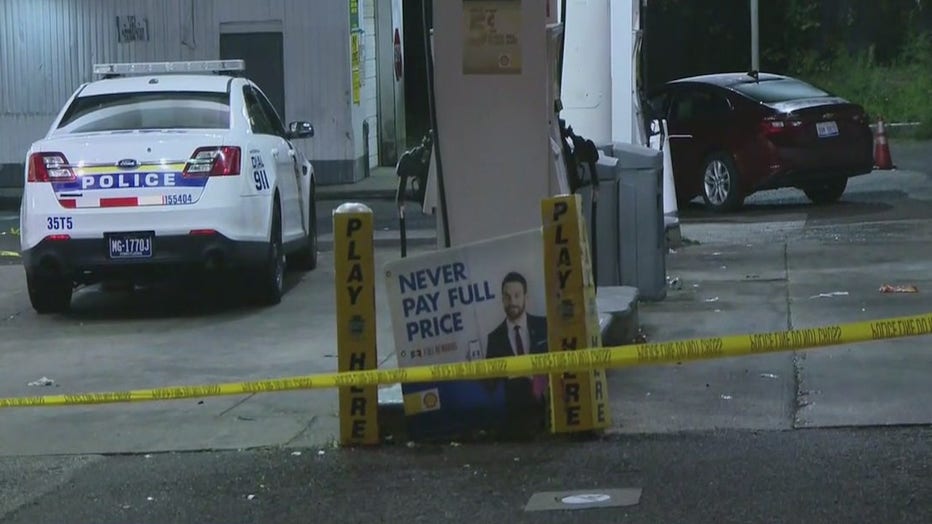 Police say a 29-year-old and a 50-year-old were fatally wounded during the exchange of gunfire. No arrests have been reported and police do not know what sparked the shooting.

Elsewhere in the city overnight, authorities in West Philadelphia say a double shooting claimed the life of a 26-year-old man and injured a 29-year-old man.

Police discovered the unnamed victim on the front porch of a home on 62nd Street and Market Street around midnight. It's unclear exactly where the deadly shooting occurred.

Both men were taken to Penn Presbyterian Hospital. The second victim was treated for a graze wound and released.

Philadelphia Police Commissioner Danielle Outlaw joined Good Day on Friday morning to discuss the recent rise in gun violence across Philadelphia, including a weekend that saw more than 30 people shot.