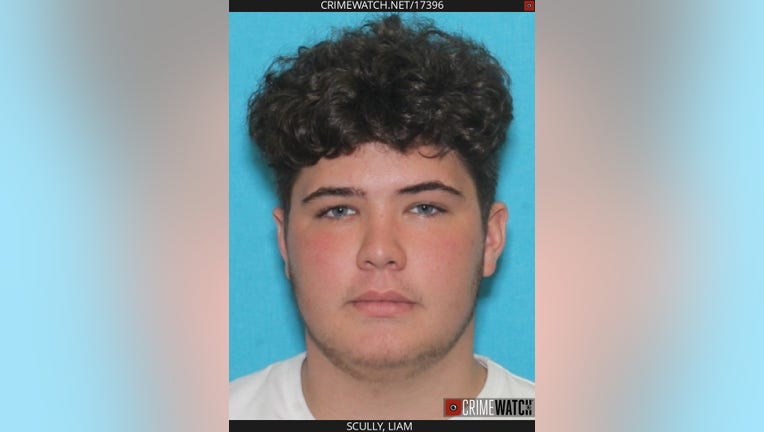 DOYLESTOWN, Pa. - Police in Bucks County are searching for an 18-year-old man who they say was impaired when he lost control of his car and slammed into a tree causing serious injuries to two passengers.

Liam Scully has been charged with three counts of reckless endangerment, two counts of aggravated assault by vehicle, driving while under the influence and several other crimes.

Police say on Apr. 30 Scully was speeding when he lost control of his vehicle, left the roadway and smashed into a tree. Two passengers sustained serious injuries, according to police. The condition of the victims is unknown.

A toxicology report later found that Scully's blood alcohol concentration was above the legal limit for a person under 21-years-old, police said.

Anyone with information on Scully's whereabouts is asked to contact detectives at 215-345-4143.