NORTH PHILADELPHIA - Dozens of children had to be evacuated in North Philadelphia Wednesday afternoon as gunfire erupted and six Philadelphia police officers were shot.

The day care at Broad and Erie was empty Thursday, but outside 21-year-old Naomi Pettit was full of emotion. Her 2-year-old Mylah had been locked down in the day care’s stairwell for what seemed like an eternity as a gun battle raged just outside.

“When I got to the corner, I was asking the police officer could I get to my daughter. They said, no, no in or out, couldn’t come near the day care,” she told FOX 29's Bruce Gordon.

More than two hours later, during a lull in the shooting, authorities were finally able to carry youngsters out of the daycare and onto waiting for SEPTA buses parked out of range of the bullets.

Naomi says she got to Mylah and burst into tears.

“I broke down because it’s a scary situation and I took her as far away from here as possible," she explained. 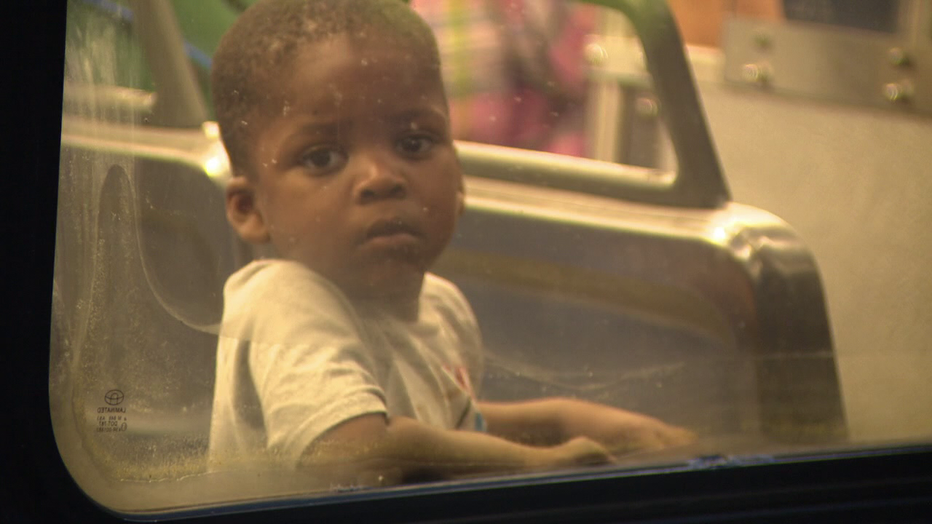 Just a few doors south on Erie, the Shake Rattle & Roll day care was evacuated. The kids were escorted to a sister facility around the corner on Broad Street by police acting as parents.

“They were smiling, holding their hands, calming the children and interacting with the children as they were escorting them around here," teacher Lakisha Wilson said.

Around 1 a.m. Thursday, Naomi Pettit, her husband and little Mylah were finally allowed back into their home right, which is across the street from the shooting scene. A bullet-riddled front door greeted them. Pettit held Mylah tightly.

“We are actually getting ready to move, thank God," she said.