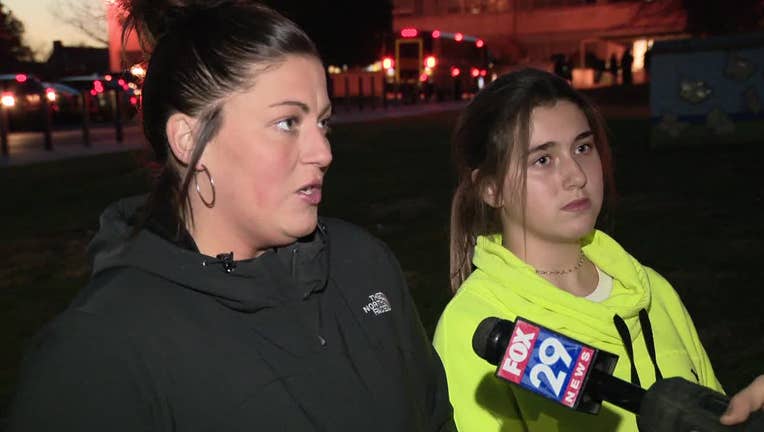 DREXEL HILL, Pa. - Upper Darby School District officials are working to smooth things over after a sixth-grade student was reportedly refused to board her school bus.

Eva Althouse told FOX 29 her 11-year-old daughter walked to her bus stop on Monday as usual, but showed up back home about 10 minutes later.

“She comes to the door hysterically crying, she’s upset, like tears flowing. “I’m like, ‘What happened?’ She said she got kicked off the bus.”

Her daughter, Kiley, said a man who was not her usual bus driver confronted her before boarding.

“I asked if I could give him my ID and he said, 'I don’t really care,' and just got on the bus and left,” Kiley said.

Back in August, Eva said realized her daughter was not given a bus assignment and called Drexel Hill Middle School.

Under the school district's policy, students who live less than 1.5 miles from the school must walk.

Eva said her family technically lives 1.4 miles from the school, but school officials told her they would give Kylie a bus assignment. The mother said she has documentation that shows the bus number, bus stop location, and pick-up and drop-off times.

“Kylie’s been riding this bus every day since the first day of school. This already was settled in August,” Eva said. “I am upset because of what could have happened to her, how is a school official telling my daughter to get off the bus and walk? What if I wasn’t home to take her? She would have had to walk to school the very first time by herself in tears.”

A district spokeswoman said bus assignments are generated through an automated system based on students’ addresses and their distance from their assigned schools. She said safety is their number one priority and that the policy aims to prevent overcrowding on buses.

After meeting with Eva to discuss the incident, school officials told FOX 29 that a district employee had changed Kylie's bus assignment manually. School officials referred to the case as an internal issue that is now under investigation.

A spokesperson told FOX 29 that Kylie is not at fault and, as such, the district will provide her with transportation for the remainder of the school year.

Drexel Hill mom says her daughter was kicked off the bus

A Drexel Hill mom says her 11-year-old daughter was kicked off the bus for living too close to school.