Police are searching for a driver they say drove through a roped off crime scene as officers investigated a crash that was the result of a pursuit that started in Pennsauken, New Jersey.

PHILADELPHIA - Police are searching for a suspect who nearly struck officers with his van while they were investigating the scene of a crash that followed a multi-state pursuit late Thursday night.

The scene unfolded just before midnight when police say a driver fleeing police from Pennsauken, New Jersey made his way into Philadelphia.

The driver eventually crashed at Broad and Vine Streets, leaving three people with minor injuries. The driver was taken into custody.

While police had the crash scene roped off for further investigation a driver in a van drove through the scene. 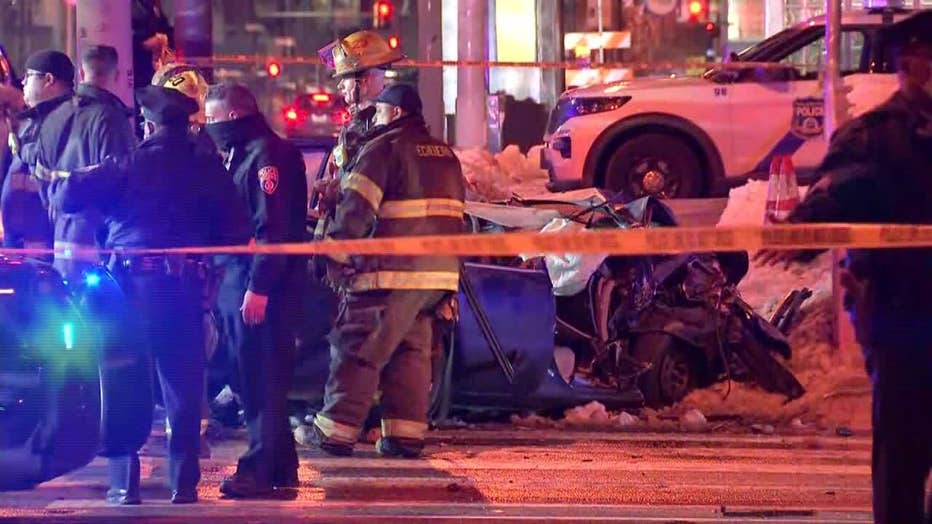 Police were able to pull the van driver over before he eventually took off with an officer hanging onto the window. That officer ripped the window off of the door of the van and suffered cuts and a bloody hand but was not seriously hurt.

Police say they think they know who the driver is and expect to have him in custody soon.