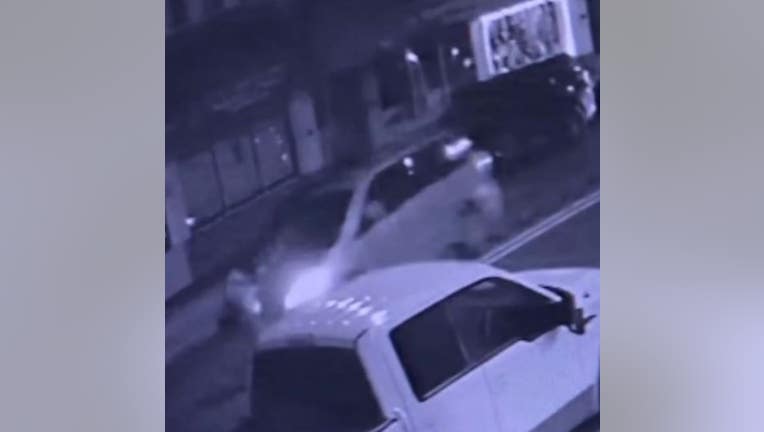 PENNSAUKEN, N.J. - Police in Pennsauken are searching for a minivan that was involved in a hit-and-run.

Mayra Polanco, 47, was hit while crossing southbound Westfield Avenue between Cove Road and Penn Street on Friday when she was struck by what police say is a minivan.

The driver of the striking vehicle, struck Polanco, failed to stop, and fled on Westfield Avenue southbound before making a left turn eastbound onto Horner Avenue.

According to officials, there were several witnesses and video surveillance camera systems that captured the suspect vehicle.

The vehicle is described as a silver or light blue in color minivan. It is possibly a Honda Odyssey. The vehicle appeared to be a 2005-2010 model.

Officials added that the vehicle sustained damage to the front end, passenger side light and front windshield.

Anyone with information about the striking vehicle or the suspected driver is asked to please contact police.