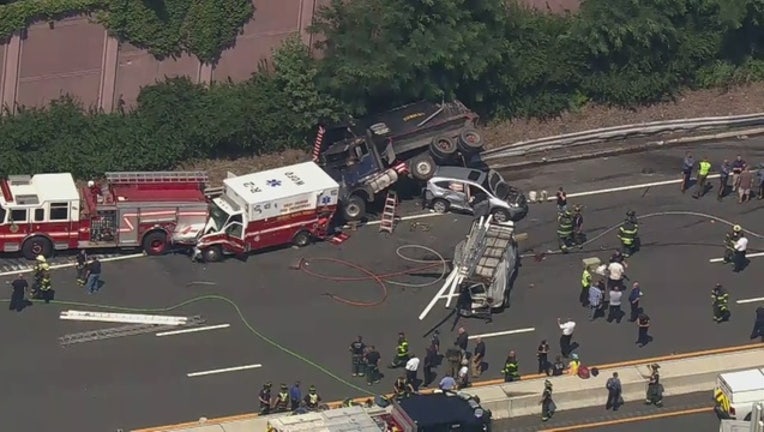 The crash occurred Tuesday morning on eastbound I-280 in West Orange, outside Newark.

The troopers were taken to local hospitals. Their names and conditions weren't immediately disclosed. State police say several other people at the scene at the time of the crash weren't seriously injured.

Acting New Jersey Gov. Sheila Oliver says she has visited the troopers and that the accident should remind everyone of the dangers faced by first responders.

Chopper footage showed the front of the dump truck pushed up against the back of an ambulance, which was crumpled under the back of a fire truck.

Eastbound lanes of the highway were still shut down by early afternoon.