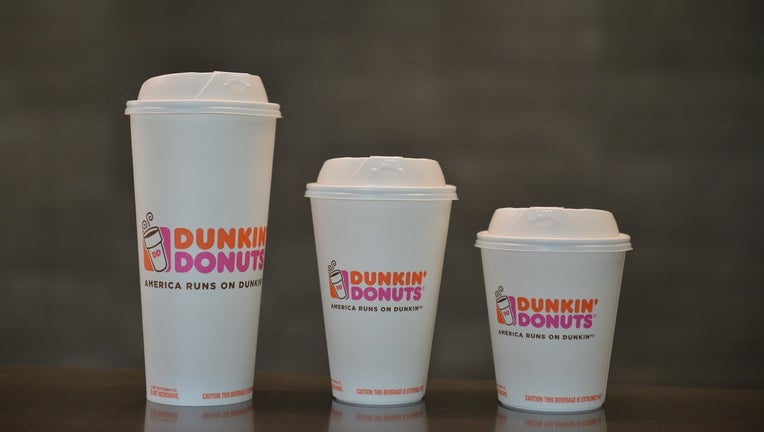 Dunkin' customers can no longer nest their iced drinks in a second, foam cup as the company switches to paper. (Dunkin')

BOSTON - The Dunkin’ coffee chain says customers will have to do without a “double cup” for their iced drinks.

A new campaign focused in Massachusetts and Rhode Island tells customers they can no longer nest their iced drinks in a second, foam cup for extra insulation as the company moves to eliminate its polystyrene cups.

The brand says the double-cup habit was started in New England and is most common there. But by Dec. 1, all the region’s stores will swap foam cups for paper ones that the company says are more environmentally friendly.

New ads tell customers that the “double cup is breaking up” because the chain’s relationship with foam isn’t sustainable. Cold drinks are being marketed as “iced, delicious and single.”

The company says its foam cups will be eliminated worldwide next year.