At least 18 people were injured by an elephant that ran amok during a Buddhist pageant in Sri Lanka.

Video on Derana Television of Saturday night's pageant in Kotte, near Colombo, showed an elephant in a procession suddenly running forward. Terrified people scattered, with some running into an elephant at the front of the procession. That elephant became violent and ran, pushing onlookers. A man riding on the elephant fell off and narrowly escaped being trampled.

Officials from two hospitals said Monday that 18 injured people received treatment and 16 had been discharged. Of the remaining two, one is being observed for possible abdominal damage and the other is being treated for an injured ear, they said. 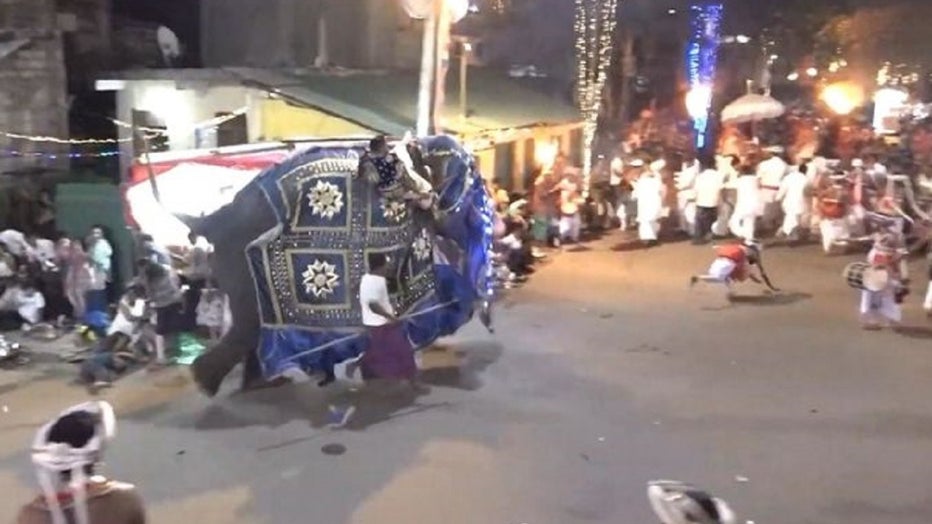 A man riding on the elephant fell off and narrowly escaped being trampled. (Storyful)

Ornately decorated elephants are a major attraction in Sri Lankan Buddhist pageants. Wealthy families own captive elephants as a symbol of their prosperity, pride and nobility and send their elephants to participate in pageants around the country.

Some Buddhist temples also own elephants.