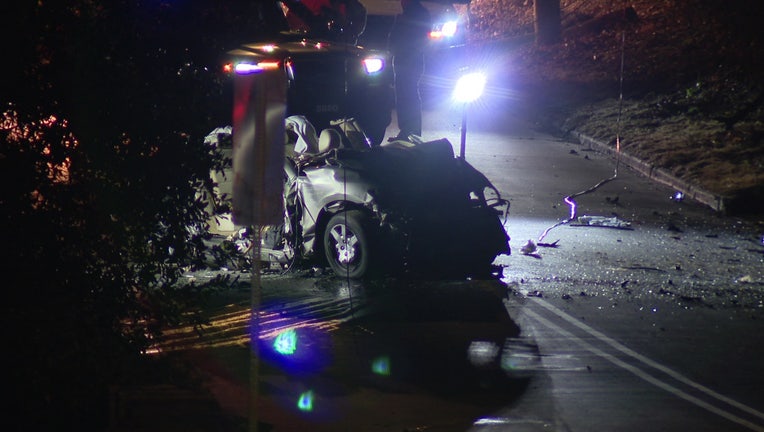 Authorities say 19-year-old Nicholas Bednarek was killed when the car he was in sideswiped a guardrail and slammed into two utility poles on Sunday morning.

CHELTENHAM, Pa. - A young man was killed when he and a carful of youths hit a guardrail and slammed into two utility poles over the weekend in Montgomery County.

According to investigators from the Montgomery County District Attorney's Office, an 18-year-old driver and four others between 17-19 were in a 2006 Honda Accord on Greenwood Avenue early Sunday morning when the vehicle sideswiped a guardrail and shattered two utility poles.

Officers from the Cheltenham Police Department found the occupants suffering from serious injuries, according to investigators. All five victims were taken to nearby hospitals, including 20-year-old Nicholas Bednarek, who was airlifted to Penn Presbyterian Hospital and later died at Abington Memorial Hospital.

"This is every parent’s worst nightmare, and our hearts go out to Nicholas’s family and the other families. We pray for a full recovery of all of the young people," District Attorney Kevin R. Steele said.

Officers reported finding an open bottle of alcohol inside the vehicle after the crash, but investigators have not said what caused the deadly crash.

Editor's note: Authorities originally said that Nicholas Bednarek was 19-years-old, but later sent a correction that updated his age to 20.