FOX 29's Dave Schratwieser has the latest on the protest encampments who must leave by 9 a.m. Wednesday.

PHILADELPHIA - Eviction day is looming for those living in homeless encampments across Philadelphia.

It was all quiet at the homeless encampment along the Ben Franklin Parkway Tuesday.

"We still need this. This encampment to get us squared away with our life. We need this," Jamall Hender said.

With a 9 a.m. Wednesday deadline looming, there were no tents being taken down and no bags packed. The city gave the encampment 72 hours notice ordered by a judge. 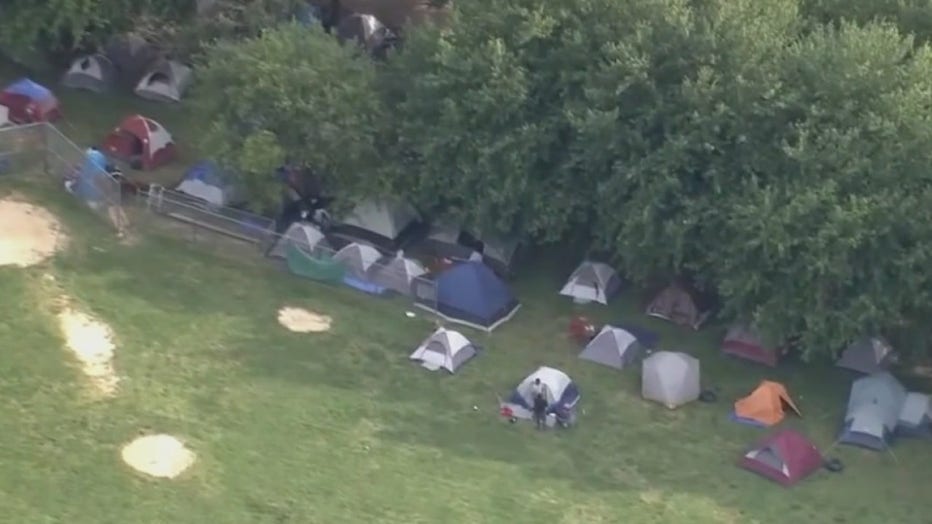 "There is nothing we would like more for everyone at that encampment to voluntarily de-camp and we'll find them a safe place to be," Mayor Jim Kenney said. "We've negotiated, we've interacted, we put forward our proposals, responded to proposals."

The city and encampment representatives have spent three months negotiating a long-range housing plan for the homeless from shelters to a tiny home village and a rapid rehousing program.

Councilmembers Jamie Gauthier and Kendra Brooks said in a statement reading in part Tuesday, "We appreciate the City’s willingness to continue discussions in good faith, and we acknowledge that the City put a great deal of effort into providing encampment residents with housing support. We are also grateful to the encampment organizers for advocating for housing justice while facing pressure from a massive bureaucratic system. The fact that an agreement remains unattainable is a reflection of just how difficult it is to secure safe, permanent housing for all Philadelphians, but it still does not justify clearing the encampments during a global pandemic."