FOX 29's Chris O'Connell has the latest as Delaware authorities continue to search for the body of a 6-year-old boy whose two brothers and cousin were found dead after their car plunged into a canal.

MIDDLETOWN, Del. - A family is heartbroken after two brothers and their cousin died when their car plunged into a Delaware canal. Delaware authorities continue to search for a 6-year-old boy.

"A horrible tragedy happened to our family that we didn’t anticipate," Brandi Lindsey, said.

The family was on their way to a football game when the silver SUV they were in veered off the road and into the Chesapeake and Delaware canal.

"It's not supposed to happen to anybody like this, but the fact is it did as a family we have to come together to get through it," Willis Lindsay said. 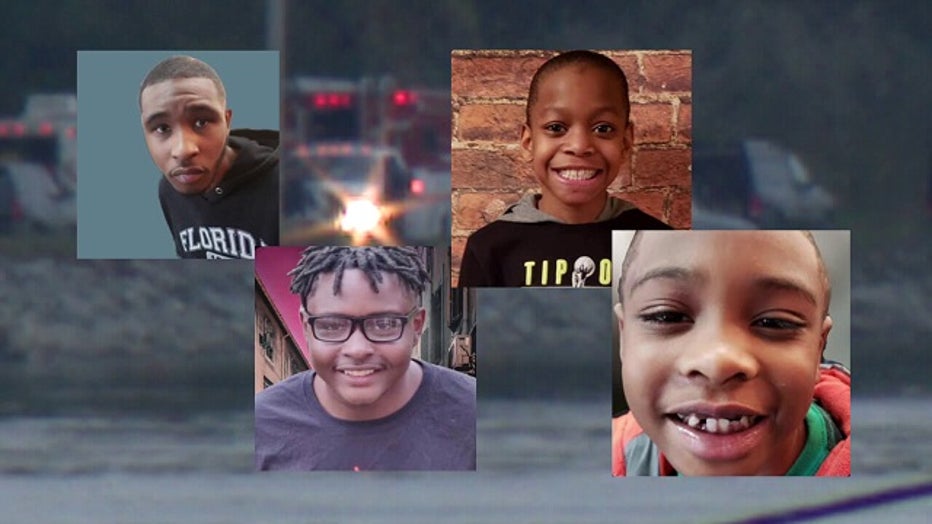 The driver 18-year-old Willis Lindsey, his brother 16-year-old Kyree Lindsey and their 12-year-old cousin Eric Lindsey were killed. The 6-year-old brother of the driver, Ethan, remains unaccounted for.

His mom is holding out hope.

"I am praying to God that he just made it on the surface and that he’s fine. They don’t have a body in reference to him yet but I thank God for everything. I hope he’s safe," Brandi said.

The only survivor was the driver's 16-year-old girlfriend who says Willis helped save her and went back to save his brothers before he died. His parents say that's just who he was.

His mom says he did everything he could as the big brother to save everyone.

"My son was definitely a hero. He did what he could do as a big brother he offered his own life to save them," Brandi said.

A GoFundMe page has been set up to help the family. If you wish to donate, please click here.