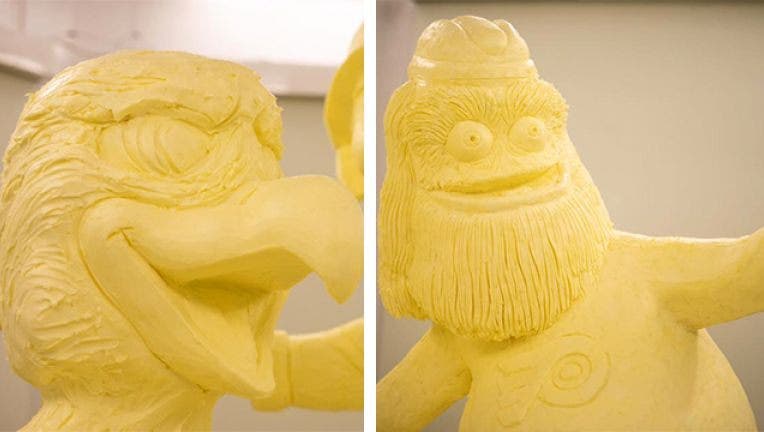 HARRISBURG, Pa. - There will be no butter sculpture at next month's annual Pennsylvania Farm Show, which had previously been converted to an all-virtual format because of the coronavirus pandemic, organizers said Tuesday.

State Agriculture Secretary Russell Redding said COVID-19 made the event too risky for the sculptors, the Farm Show staff and those involved in recording and broadcasting the event.

The butter sculpture, which usually has a theme of particular significance for agriculture or the state generally, is sponsored by the American Dairy Association North East. Last year’s butter sculpture depicted professional sports mascots.

Redding announced in August that the Farm Show

The Jan. 9-15 event will be virtual, with the theme of “cultivating tomorrow.” It will feature video tours and what Redding called “issue-oriented conversations that invite Pennsylvanians, wherever they are, to encounter agriculture for the first time or to see it from a whole new perspective from the safety of their homes.”

The Farm Show claims — in normal times — to be the country’s largest agricultural exposition under a single roof, with some 6,000 animals and 10,000 competitive exhibits.

The Farm Show was dramatically changed for several years during World War II, when much of the complex was devoted to war efforts. From 1943 to 1946 there were no exhibits, livestock or competitions.