FOX NEWS - The father of one of the suspects who have spurred a nationwide manhunt in Canada after the killings of an American woman, her Australian boyfriend, and a third man said Wednesday he expects the search to end in his son's death, as former classmates have revealed he had a history of making disturbing statements in school.

The Royal Canadian Mounted Police said Wednesday that Kam McLeod, 19, and Bryer Schmegelsky, 18, were charged with second-degree murder in the death of Leonard Dyck, who was found dead on July 19 in Dease Lake, British Columbia. A burned-out vehicle recovered Monday in the remote Manitoba town of Gillam more than 2,000 miles from the region where the killings took place in British Columbia was linked to the suspects on Wednesday.

"Based on this information, we have sent a number of resources to the Gillam area. There will be a heavier police presence in the community," the RCMP said. "We have also set up an informational check-stop at the intersection of PR 280 and PR 290, the road leading into Gillam."

Schmegelsky's father, Alan Schmegelsky, said in an emotional interview Wednesday with the Canadian Press that his son had a troubled upbringing and is in "very serious pain." The 18-year-old had struggled through his parents' divorce in 2005 and his main influences became video games and YouTube, according to this father. 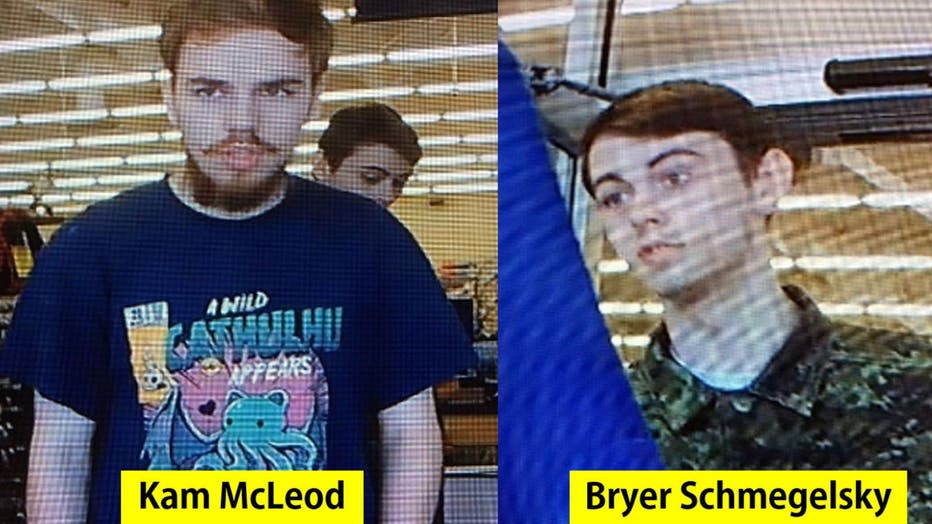 "A normal child doesn't travel across the country killing people. A child in some very serious pain does," Schmegelsky told Canadian Press, adding that he expects his son will die in a confrontation with police.

"He's on a suicide mission. He wants his pain to end," he said, breaking into tears. "Basically, he's going to be dead today or tomorrow. I know that. Rest in peace, Bryer. I love you. I'm so sorry all this had to happen."

The father said he and his wife separated when their son was 5. She moved with the boy to the small Vancouver Island community of Port Alberni, where he met McLeod. They attended the same elementary school and quickly became inseparable best friends who never got into trouble.

When he graduated from high school earlier this year, he worked at the Port Alberni Walmart before growing disappointed with the job. He told his father he was going with McLeod to look for work in Alberta. Even if his son is caught by police, Alan Schmegelsky said his life will be over.

"He wants his hurt to end," he told the Canadian Press. "They're going to go out in a blaze of glory. Trust me on this."

Former classmates of Schmegelsky said he would make troubling statements in school describing murder and suicide.

“I don’t want to be rude, but he was kind of a weird kid,” Madison Hempsted told Global News. “He didn’t really talk to anyone, super into himself. But when he did talk to people, the things he said were kind of scary. All he ever said to me was how he wanted to kill me and ways he would do it."

Another former classmate who declined to give his name described Schmegelsky to the news outlet as an “angry kid.” Hempsted, who said she thought he was just making jokes and never took his words seriously, said Schmegelsky would discuss even more gruesome situations. 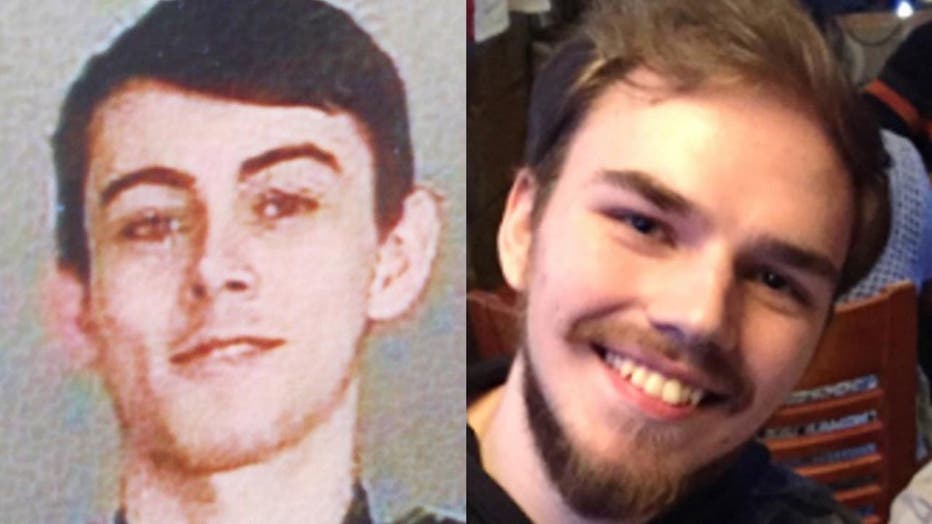 Bryer Schmegelsky (left) and Kam McLeod (right) were reported missing after their camper van was found burnt out on Friday and their families lost contact with them, according to police. (Dease Lake RCMP)

“[Schmegelsky] would say things about how he would cut our heads off and then he would take a gun and put it in his mouth and shoot himself in front of us," she told Global News. "Pretty detailed stuff."

"This is what I do know — Kam is a kind, considerate, caring young man (who) always has been concerned about other people's feelings," McLeod said. "As we are trapped in our homes due to media people, we try to wrap our heads around what is happening and hope that Kam will come home to us safely so we can all get to the bottom of this story."

The separate discoveries of three bodies and a burning car have shaken rural northern British Columbia.

McLeod and Schmegelsky, from Port Alberni, British Columbia, also have been suspectedin the killing of 23-year-old Australian man Lucas Fowler, and his American girlfriend, Chynna Deese, 24, of North Carolina. The couple was discovered shot to death on July 15 along the side of the remote Alaska Highway near Liard Hot Springs, British Columbia.

Investigators said they believed the couple had been killed the day before.

Police on Tuesday said the men left British Columbia and had been traveling in northern Saskatchewan in a gray 2011 Toyota Rav 4. The Toyota was found burning in Gillam, northern Manitoba, more than 2,000 miles from where the initial burned vehicle was found. Investigators in the neighboring province of Ontario have warned people living there about the two men. They initially had been listed as missing persons after their burning truck was discovered July 19.

The mounted police warned the public not to approach the pair, but to contact local law enforcement instead. They said the men may have been traveling on foot or separately.

Fox News' Louis Casiano and The Associated Press contributed to this report.