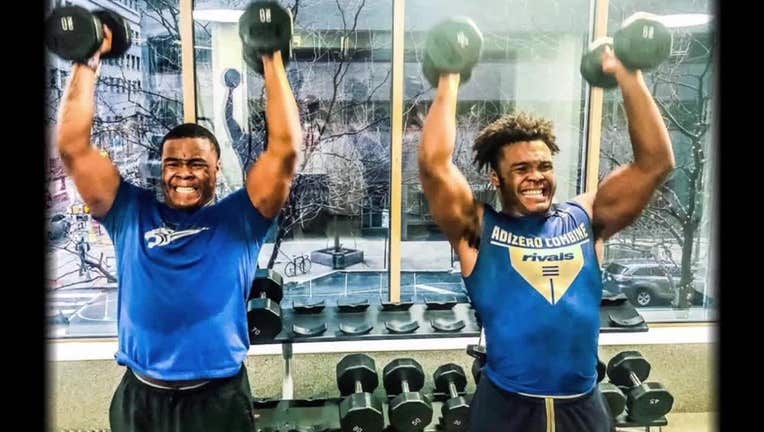 WEST PHILADELPHIA - Authorities say they have arrested a father in connection with the accidental shooting death of a high school football star.

An arrest warrant was issued a day after prosecutors dropped all charges against Fayaadh Gillard, 18, in the death of his brother Suhail.

According to police, Suhail, Fayaadh and their sister visited their father, Aleem Gillard, along the 1100 block of North 63rd when the shooting happened. In what a city prosecutor called a “tragic accident," Fayaadh shot his twin in the chest, killing him.

District Attorney Larry Krasner said Wednesday Aleem illegally possessed the gun.  According to Krasner, the father showed the boys how to load and unload the gun.

It's unclear what charges Aleem will face at this time.

Fayaadh had originally been charged with murder, obstruction of justice and related offenses before the charges were dropped Wednesday.

Suhail was a three-time all public league running back for the Mastery Charter Pumas, and had just finished his senior season days before his death.