Family and community members are trying to come to grips with a double tragedy after a high school football star was shot and killed in Overbrook. FOX 29's Jennifer Joyce reports.

PHILADELPHIA - A family and community members are trying to come to grips with a tragedy after a star high school football player died. Police say his twin brother was handling a gun that went off and struck him.

"The same person, literally. Character-wise. The way they walked, talked. Everything about them is the same," brother Nafis Woods told FOX 29. 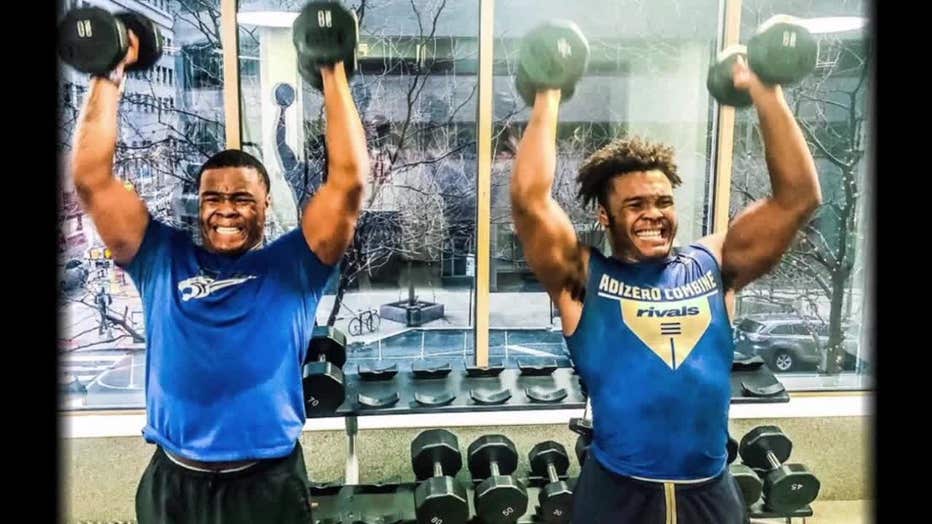 Suhail Gilliard,18, died after police say his twin brother was handling a gun that went off and struck him.

Police say that Suhail Gillard was shot and killed Sunday. The family’s attorney Shaka Johnson says it happened while the boys and their sister were visiting their father. According to police, Fayaadh was handling a gun when it went off and struck his brother. Johnson says it was an accident and his family says that Fayaadh is a victim as well.

"I want to be very clear  Fayaadh Gillard was not walking around with a gun before this incident took place. That young man never as much held a toy gun in his hand. He was not raised that way," Johnson said. "He is a person who carries just about a 3.0 GPA. He is co-captain of the football team at Mastery Charter."

On Wednesday, a full show of support for Fayaadh and his family hours before they lay Suhail to rest. Friends, relatives and the Mastery Football teammates are grieving together.

"They embody principles that young men should embody respect, gratitude, hard work, sacrifice, anything you ask, they do," he said.

The team is rallying behind their captain and friend and a heartbroken twin who is grappling with unimaginable pain.