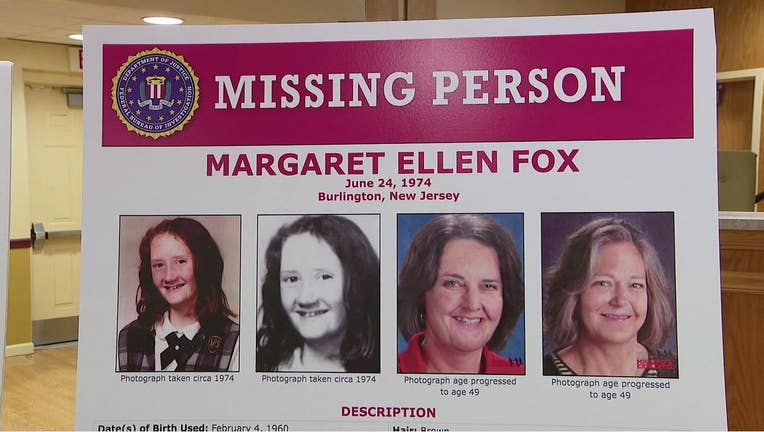 NEWARK, N.J. - The FBI and Burlington County authorities are hoping an enhanced version of an audio clip can help solve the mystery of what happened to a 14-year-old New Jersey girl who disappeared in 1974.

Margaret Ellen Fox was last seen getting off a bus in Mount Holly, where she was to meet someone who had answered her ad for a baby-sitter. She had traveled from her home in Burlington City, about seven miles away.

Hours later, her parents received a call from a man who appeared to be asking for $10,000.

"$10,000 might be a lot of bread, but your daughter's life is the buttered topping," the man says on the short clip .

The FBI is offering up to $25,000 for information to an arrest or conviction in the case.