Federal law enforcement officials announced charges for eight people accused of being involved in several carjackings and violent events across Philadelphia. If convicted, they face a minimum sentence of 7 years behind bars and a maximum life sentence, according to the U.S. Attorney's Office.

On Wednesday, the U.S. Attorney's Office in Philadelphia released the names of six new defendants in the case who are charged with carjacking and carrying and using a firearm during a crime of violence.

Two other defendants, Alex Fernandez-Pena and Juan Jose Rodriguez, were charged in February after allegedly carjacking a rideshare vehicle earlier in 2022 in the Parkside neighborhood in Philadelphia. Authorities say the victim shot both suspected carjackers as they tried to get away.

According to officials, Christopher Robinson, 20, of Philadelphia was charged in connection with three armed carjackings on December 9, 2021, January 5, 2022, and January 11, 2022. Authorities say the victims in the three separate carjackings were caught off guard while on their phones sitting in parked cars or while filling up their gas tanks.

Tarik Chambers, 19, and Nikeem Leach Hilton, 21, both of Philadelphia, allegedly used a privately-made ghost gun to carjack a victim in the rear parking lot of a retail store on the Baltimore Pike in Springfield, the U.S Attorney's Office says. According to authorities, they led police on a high-speed chase through Delaware County before crashing into another car, significantly injuring the driver of that vehicle. 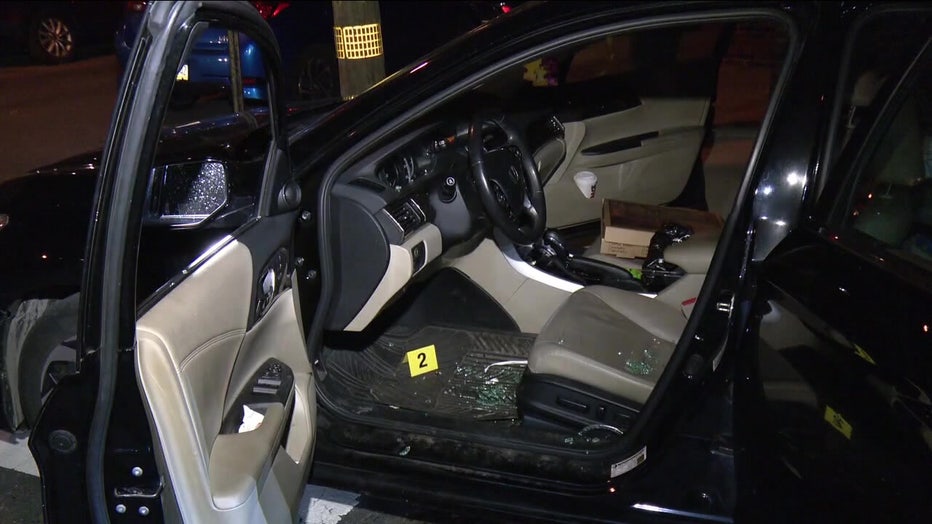 Dayon Hackett, 19, of Philadelphia, was charged for allegedly using a gun for a carjacking in Northeast Philadelphia and a carjacking and shooting in South Philadelphia on December 22, 2021. Authorities say Hackett and the victim, who was sitting in his car waiting for a parking space, exchanged gunfire. The victim was seriously injured with severed arteries, shattered bones and bullets lodged near organs, according to officials.

Sean Allen, 23, of Camden, New Jersey, was charged in connection with two armed carjackings on January 4, 2022, and January 6, 2022, according to the U.S. Attorney's office.  He is accused of carjacking people who posted their cars for sale on Facebook Marketplace after claiming to be interested in buying the vehicles.

Cameron Styles, 20, of Philadelphia was charged in connection with two carjackings on February 10, 2022, and February 11, 2022, in Northeast Philadelphia. Authorities say the first victim was waiting for a train and the second was parked at a gas station.

The arrests were made by the newly formed Philadelphia Carjacking Task Force, officials say.

"The rash of carjackings we’ve seen in and around Philadelphia is unacceptable," said Jacqueline Maguire, Special Agent in Charge of the FBI’s Philadelphia Division. "That’s why this task force is united in our efforts to find those responsible and get them off the street. The potential penalties for federal carjacking charges are severe, so if people want to keep committing these crimes, they should know that the carjacking task force will make it a priority to put them in cuffs and behind bars for a good long time. We simply won’t stand for criminals terrorizing innocent people like this."

Federal officials say if convicted each defendant could face a minimum of seven years in prison and a maximum life sentence.