CHERRY HILL, N.J. - An apartment building in Camden County catches fire, right before the holidays. Three homes are now badly damaged and the people who live there say the timing couldn’t be worse. Fire investigators are blaming careless smoking for the blaze.

The sticker applied to the front door of Vanessa Roman’s apartment designated her home as “Unsafe for Human Occupancy.” 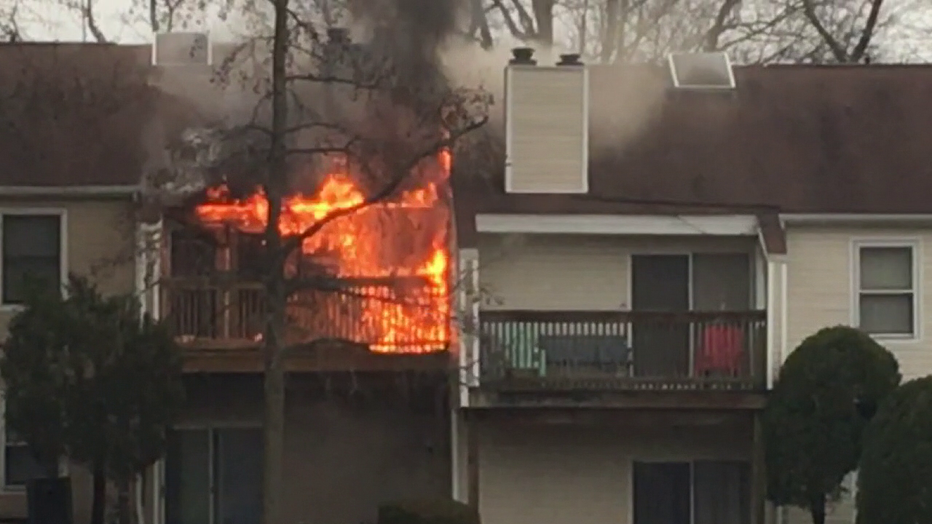 “You know, who wants this to happen, right? Well, ever. But, yeah, this couldn’t be worse timing,” Roman stated.

Cherry Hill Firefighters got the call around 11:30 Monday morning and arrived to find a second-floor unit at the Glen Point Apartments, between Route 70 and the Cooper River, completely engulfed.

“You saw the firefighters up on the roof, cutting homes on the roof. They’re trying to make sure that if there is fire, that it has a path to come up and out, instead of expanding to the left and right,” explained Cherry Hill Fire Department Chief Chris Callan.

Deborah King was babysitting her one-year-old grandson inside a first-floor apartment when a Federal Express delivery person knocked on her door. 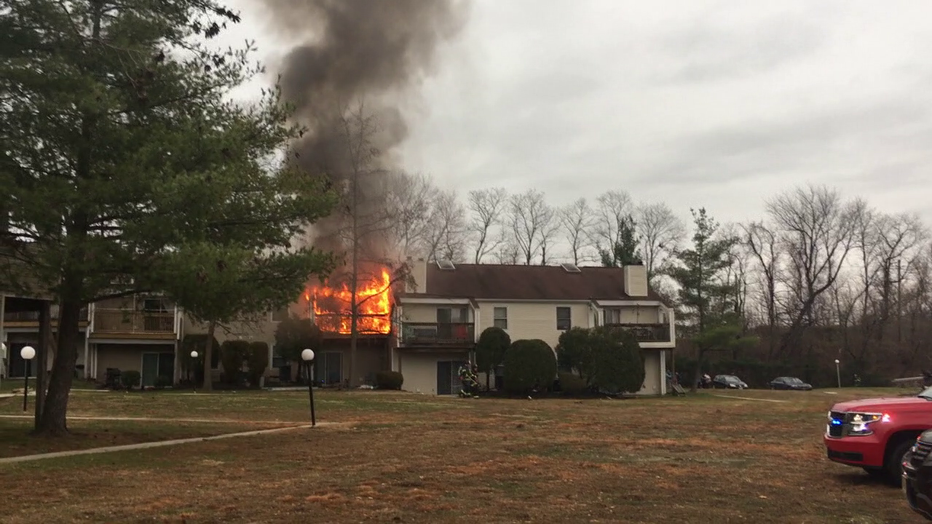 By the time the flames were extinguished, three units were deemed unfit, including the apartment where the fire apparently started.

“Between the fire damage and what they have to do to prevent the fire from spreading, it’s extensive,” said one resident

By mid-afternoon, Vanessa and her boyfriend were allowed back into their apartment to retrieve valuables, those not soaked by the fire-fighting effort. Now, as with two other families, it’s time to find temporary lodging.

“It could be a week. It could be a month. I don’t really know, at this point. But, we’ll need to figure something out,” Vanessa explained.