CAMDEN, N.J. - There is a reason why driver are not supposed to park in front of fire hydrants.

One driver learned that the hard way Saturday when fire crews in Camden tried to knock out a fire at a home on Chambers Street. 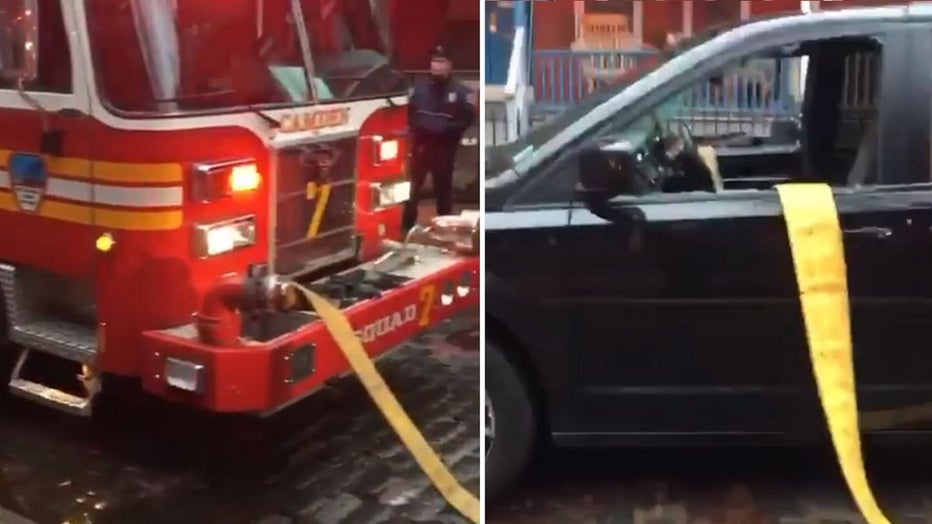 New Jersey firefighters took no prisoners Saturday, smashing their way through the windows of an SUV parked in front of a hydrant in order to tackle a house fire.

Since the cars were blocking their path, they were left with no choice but to break the windows of an SUV to get to the hydrant.

Camden Fire Officers Local #2578 shared a photo of the incident on Facebook.

“No occupants or firefighters were injured,” the crew reported.