PHILADELPHIA, Penn. - A 12-year-old boy and a woman in a wheelchair were injured by fireworks on Tuesday and Wednesday.

The boy took a cone out to the G and Allegheny streets in Kensington at 9:30 p.m. on Tuesday, and it exploded. Philadelphia police officers say they stopped him, and brought him to the hospital after realizing that his left hand was severely injured.

“We believe the item that caused the significant injuries to the child was a consumer firework,” said Philadelphia Police Department Staff Inspector Sekou Kinebrew.

Around 1:15 a.m. on Wednesday, police received a phone call claiming that a firework was thrown at a woman at 24th Street and Lehigh Avenue.

“This guy started yelling there’s a lady over here in a wheelchair! Then one of them just stood maybe about five feet from me and just started shooting them at me. One hit my hand and leg,” said Vanessa, who says that a group of teenage boys threw a firework at her while she was with two friends.

She continued, “They didn’t seem to care - they just sat there and they laughed and everything.” 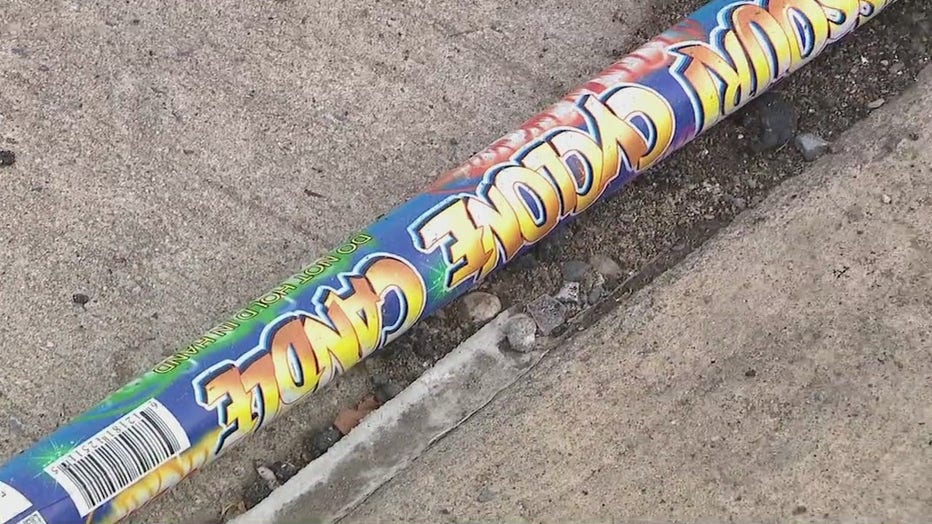 Police say that it is legally possible to buy fireworks in Philadelphia, but warn that it is nearly impossible to legally use them. By law, one must be more than 150 ft. away from an occupied structure (even when no one is inside) and on private property to use fireworks.