OLD CITY - Visitors in Philadelphia’s Old City were treated to the first flag-raising at the Betsy Ross House Saturday.

The event kicks off the summer tourist season with the Once Upon a Nation Storytelling Benches and the Betsy Ross House, as well as many of the other historic summer programs Philadelphia offers residents and tourists alike.

Visitors to the Betsy Ross House Saturday watched as the first flag of the United States, created by Betsy Ross, was raised. 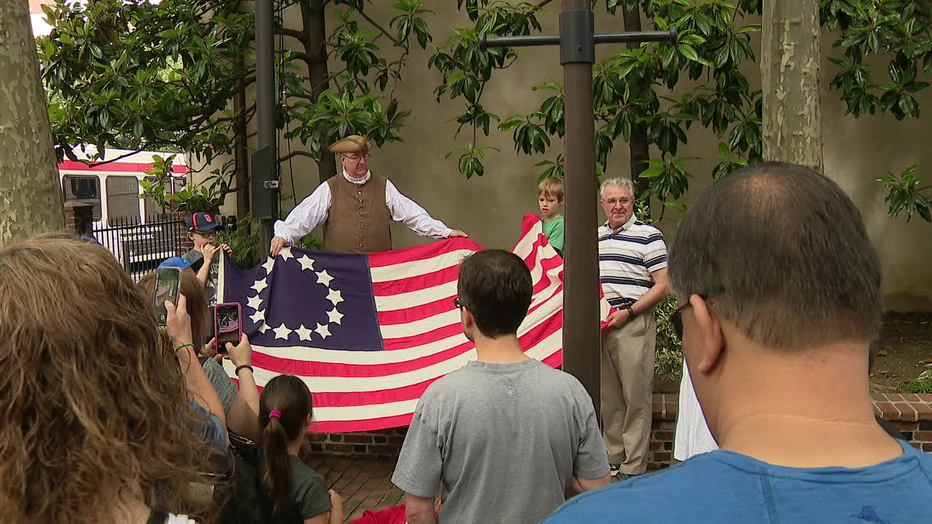 The house was built in 1740 and is restored to the period 1776-1779 when Ross lived and worked in the home as an upholsterer and flagmaker.

Once Upon a Nation Storytelling Benches bring history to life as storytellers, in modern-day dress, regale listeners with stories, based on fact, of the Philadelphia Colonial time period. The benches are scattered throughout Philadelphia’s Historic District.