HORSHAM, Pa. - Horsham, in Montgomery County, was the scene of flooding Thursday. At Carl Kohler Park, near Horsham Road, water in Park Creek was raging, nearly covering the bridge. 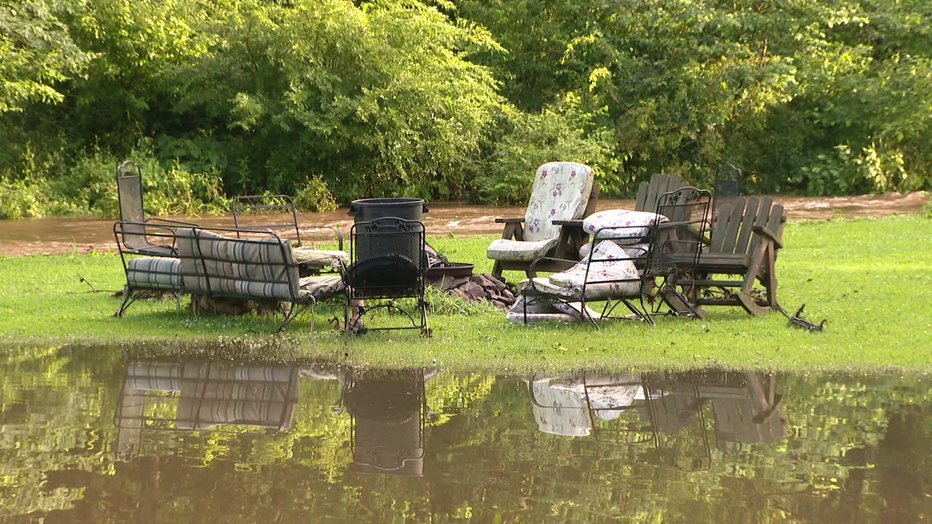 Kelly said it took mere minutes for Park Creek behind her house to go from calm, lazy stream to dangerous, swollen rapids.

“I’ve never seen it before. It has never been this bad,” Kelly added.

“It happened in under 40 minutes,” Kelly replied.

The problem beginning after the rain had stopped. 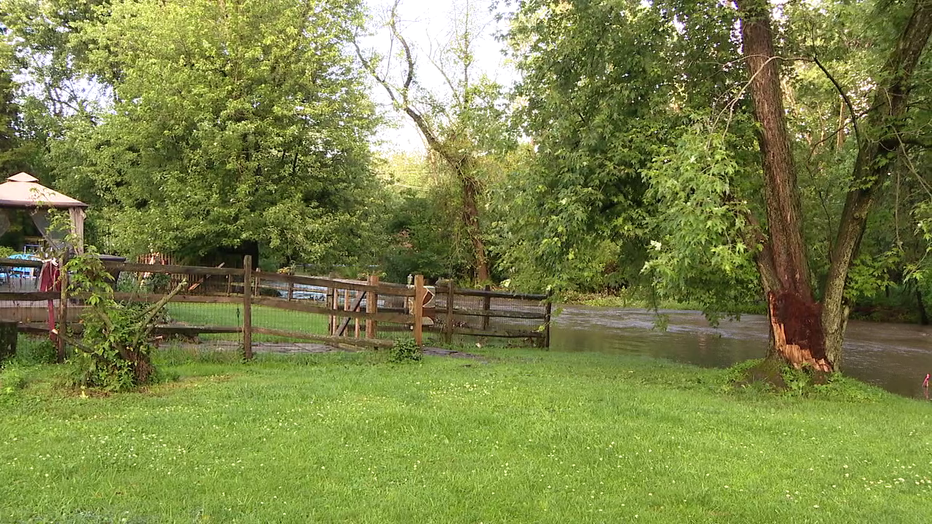 “It was worse when it stopped raining cause all the water washed down the creek and then came up,” said daughter McKayla Szczesniac.

It came up fast.

In no time, the creek was at least four times wider. A section of it diverted around her house, and reconnected, as if their home were on an island.

“We went from the bank being below its level to above its level, at least six feet,” Kelly said.

“Our front yard started flooding, too, and that’s when both the creek and the front yard met,” McKayla added.

The water, rising several inches up against the house.

Even more dangerous, the road in front.

“We were walking around in rain boots that are two feet tall and the water was coming in our boots, and people were literally trying to drive down the street through the water. At least one car stalled,” Kelly stated. 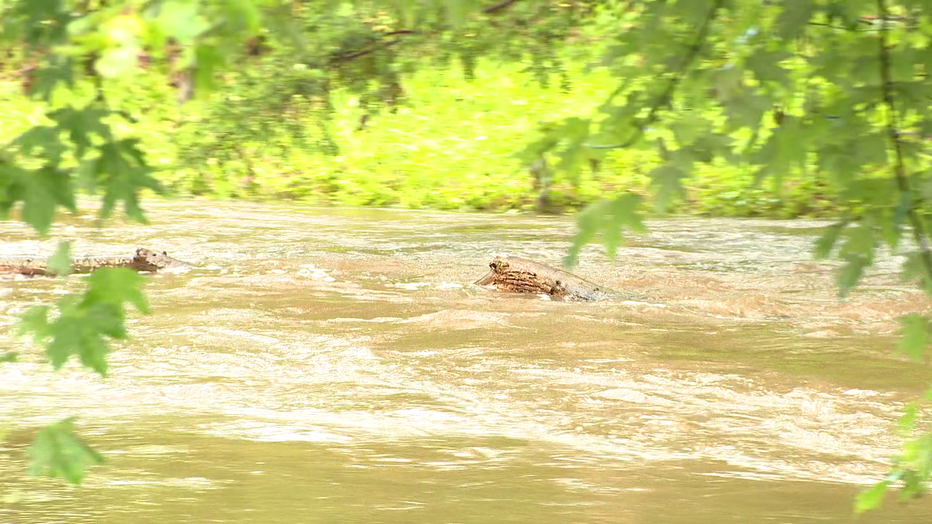 And, at the intersection of Limekiln Pike, the bridge was underwater with logs floating in the water. Drivers, taking their lives in hand, tried maneuvering around the logs.

“People were trying to go around it, over it. Whatever they…it was craziness,” Kelly said.