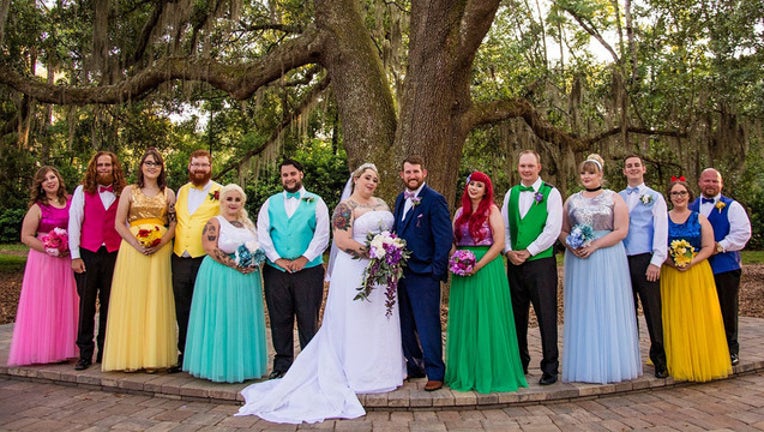 JACKSONVILLE, Fla. - For one Florida couple, their wedding was a movie-like dream come true.

Taylor and Ryan Chewning may have sported a more traditional look for their magical wedding, but their bridal party’s attire was a nod to popular Disney movies.

The ceremony was held at Bowing Oaks Plantation in Jacksonville on March 17, but the professional wedding photos were released on Friday.

“When Taylor told us she was going with a Disney theme, we were instantly excited; we are huge Disney buffs so this was a wedding of a lifetime for us. We even dressed our hair like Anna and Elsa's to fit into theme,” according to a statement to FOX 13 from Oh So Sweet Studios.

Taylor and Ryan became engaged in front of Cinderella’s Castle in Disney World, according to WJXT. They dated for five years before that and would visit Disney at least once a month.

They told the Jacksonville news outlet that Taylor’s childhood included frequent visits to the Orlando theme park and plenty of Disney merchandise. For Ryan, he realized he loved her when they watched the fireworks display at Magic Kingdom.