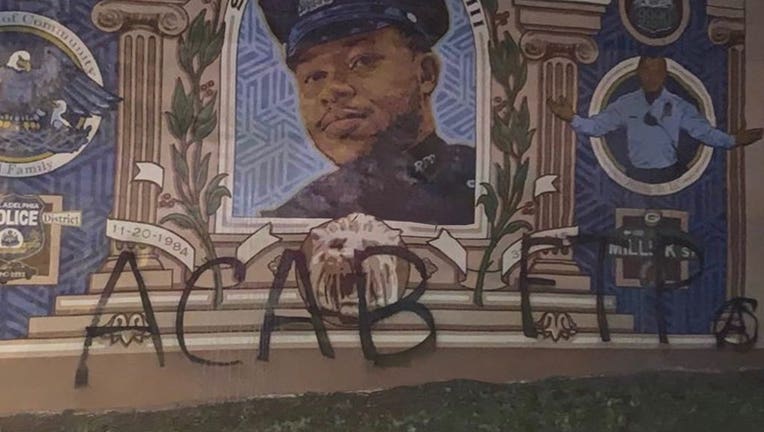 NORTH PHILADELPHIA - A West Philadelphia mural dedicated to the life of slain Philadelphia police officer Sergeant Robert Wilson III was defaced with graffiti overnight. Now, the Philadelphia Fraternal Order of Police is now offering $11,000 for information that leads to an arrest.

“I’m saddened and angered that vandals would deface the mural of one of our beloved heroes,  Sgt. Robert Wilson III. Our thoughts and prayers are with the Wilson family on this sad day," Police union leader John McNesby said.

The mural, located on the 6000 block of Baltimore Avenue, was dedicated in 2017 and was painted by artists David McShane. The Mural Arts Philadelphia strongly condemned the vandalization and says the mural was later restored by the original artist.

The FOP is offering a reward for information after a mural of the late Sgt. Robert Wilson was spray painted.

In 2015, Sgt. Wilson stopped by a GameStop to buy a gift for his son when he found himself in the middle of an attempted armed robbery. He protected civilians while investigators say two suspects opened fire, killing him. 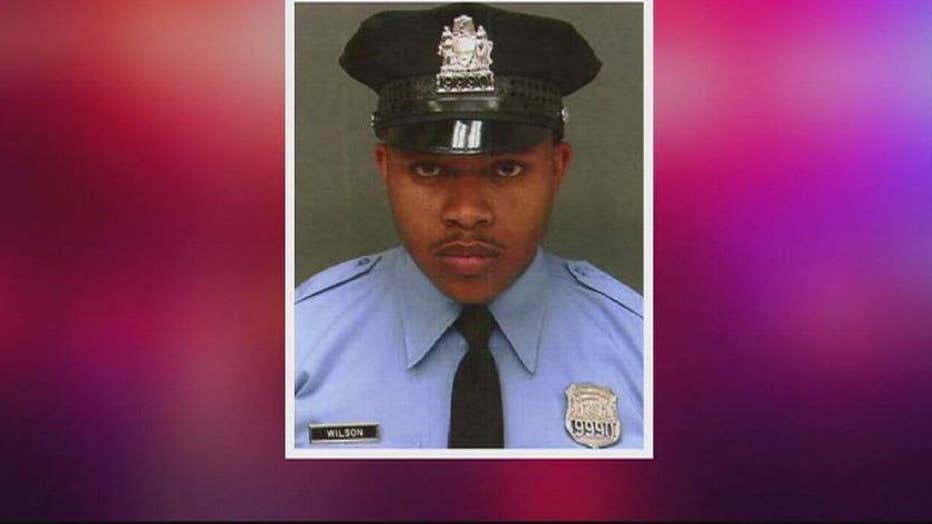 Sgt. Wilson was posthumously awarded the highest honor in law enforcement by President Barrack Obama in 2016. The Medal of Valor recognizes exceptional courage to save human lives in the face of personal risk.

This marks the second time in a little over a year that a mural dedicated to Sgt. Wilson was defaced with graffiti. Last summer the Fraternal Order of Police put forth a $32,500 reward for anyone with information leading to an arrest of suspected vandals.

The FOP originally offered a reward for $10,000, but later increased it following additional private donations.