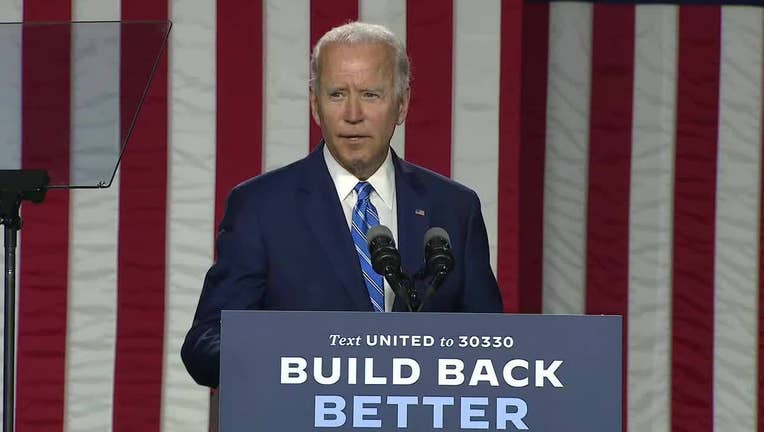 WILMINGTON, Del. - As he stood in the Rose Garden celebrating his first big legislative win, President Joe Biden gestured to the White House and said it’s a "magnificent building" to live in.

Of the eight weekends since Biden took office, he has spent three at his longtime home outside Wilmington, Delaware, including this weekend. Tentative plans for another weekend visit were scrubbed due to Senate action on Biden’s $1.9 trillion coronavirus relief plan.

Biden also spent a weekend at the Camp David presidential retreat in Maryland.

Many presidents have complained at one point or another about feeling confined in the White House. Biden already has echoed earlier presidents in comparing the experience to living in a "gilded cage."

"What he wanted to be was president," Howell said. "It is not the White House per se that is the draw."

The White House defends Biden’s leisure travel at a time when both he and federal health officials have been pleading with the public to take the coronavirus pandemic seriously, including by avoiding unnecessary travel. 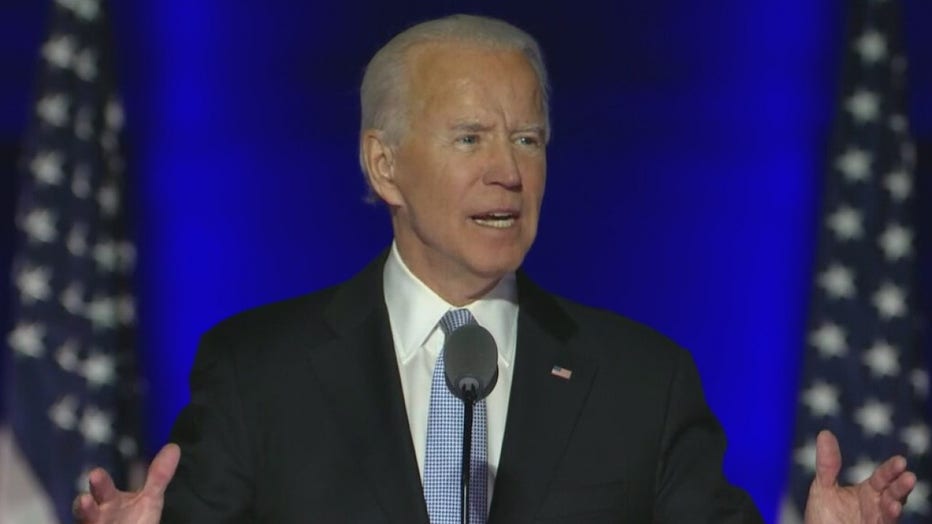 "The president lives in Wilmington. It’s his home. That’s where he’s lived for many, many years," press secretary Jen Psaki said recently. "And as you know, as any president of the United States does, he takes a private airplane called Air Force One to travel there."

"I think most Americans would also see that as a unique circumstance," she said of the government aircraft available to Biden.

No president travels alone, though, no matter how private the plane. It requires that lots of other people travel as well. And the costs mount quickly.

Besides the Air Force flight crew, a president’s travel party includes Secret Service agents, White House staff, journalists and family. Depending on the destination and purpose of the trip, lawmakers, Cabinet secretaries or other guests may fly with the president.

Biden occasionally brought some of his six grandchildren on trips when he was vice president, as well as during last year’s presidential campaign.

Federal agencies spent an estimated $13.6 million on four trips that then-President Donald Trump took to his waterfront Mar-a-Lago estate in Palm Beach, Florida, in February and March of 2017, the Government Accountability Office reported in 2019.

The figure includes $10.6 million to operate government aircraft and boats, and $3 million for transportation, lodging, meals and other expenses for government personnel supporting the president on the road, the report said.

But not all presidential travel is the same.

Trump took the more familiar version of Air Force One, a modified 747, on the two-hour-plus flight to the commercial airport in West Palm Beach, Florida. Biden has flown a smaller version of the aircraft for the roughly half-hour flight to the Delaware Air National Guard Base. He made this weekend’s trip on the Marine One presidential helicopter.

Trump’s Florida home is on the water, which required the addition of Coast Guard security patrols.

Biden goes back to his longtime home near Wilmington, where he lived as a senator before being elected vice president in 2008 and where he returned after his time in that office was up.

Wolf confident Pa. will meet Biden’s directive to make everyone eligible for a vaccine by May

Gov. Tom Wolf said he was confident that Pennsylvania will meet President Joe Biden's directive to make everyone eligible for a vaccine by May 1.

Now serving as Biden’s weekend refuge, the home is where he watched Tom Brady, the Tampa Bay Buccaneers’ new quarterback, win a record seventh Super Bowl ring in February. While there, Biden often meets with advisers, attends church and enjoys Sunday dinner with the family.

"We try to keep the Sunday night dinners," Jill Biden told TV talk-show host Kelly Clarkson. "I mean, it’s been a little busy lately. We still do it, and the kids look forward to it."

Biden owns a second home in the seaside community of Rehoboth Beach, Delaware. He has yet to visit it since becoming president but it could see more action as the weather warms up.

During a tearful farewell in January as he left Wilmington for Washington, Biden credited the state with helping shape his values, character and world view. "It all comes from Delaware," he said.

Biden lived the majority of his 78 years in Wilmington after his parents relocated from Scranton, Pennsylvania, when he was a boy. He represented Delaware in the U.S. Senate for 36 years, and was a regular passenger on the Amtrak train to and from Washington.

"Getting out of the White House was more cumbersome than it is now," said Doug Wead, a former White House aide and author of books about presidents and their families.

Early presidents were consigned to bumpy trains, he said. But motorcades, Air Force One and Marine One all help to ease a modern president’s path out of the nation’s capital.

But there is no presidential playbook for how and where to spend the weekend.

Trump spent many weekends at Mar-a-Lago or his Trump golf club in central New Jersey, leading critics to accuse him of trying to profit off the presidency.

Barack Obama spent most Saturdays and Sundays in Washington because his young daughters belonged to weekend soccer and basketball leagues.

George W. Bush had his ranch in Crawford, Texas.

Howell said Biden — who has cultivated his image as a "regular Joe" — has strong connections to his family, many of whom are in Delaware, that he wants to maintain.

The president’s first wife, Neilia, and their baby daughter, Naomi, who were killed in a 1972 car accident, and their son Beau, who died of brain cancer in 2015 at age 46, are buried in a cemetery at the church where Biden attends services.

People close to Biden also note the strong affection he has for Delaware.

As he left the state in January, Biden, who is of Irish descent, alluded to an Irish poet who is believed to have said Dublin will be written on his heart when he dies.

Overcome with emotion, Biden said, "when I die, Delaware will be written on my heart."