FOX 2 - After almost 25 years in the barn, Ford is releasing the Bronco back to the wild with three different series each offering several model options.

Ford revealed the Bronco models on Monday via YouTube with highlights on ESPN, the National Geographic Channel, and ABC. Originally slated to be part of an auto show reveal, it was pushed because of the COVID-19 pandemic to an online-only event.

The Bronco was originally started in 1966 and went through six different designs before it was ended in 1996.

The Ford Bronco is back for 2021 with a two-door, four-door, and sport options - and they're all 4x4s and will challenge Jeep in the fast-growing SUV segment. 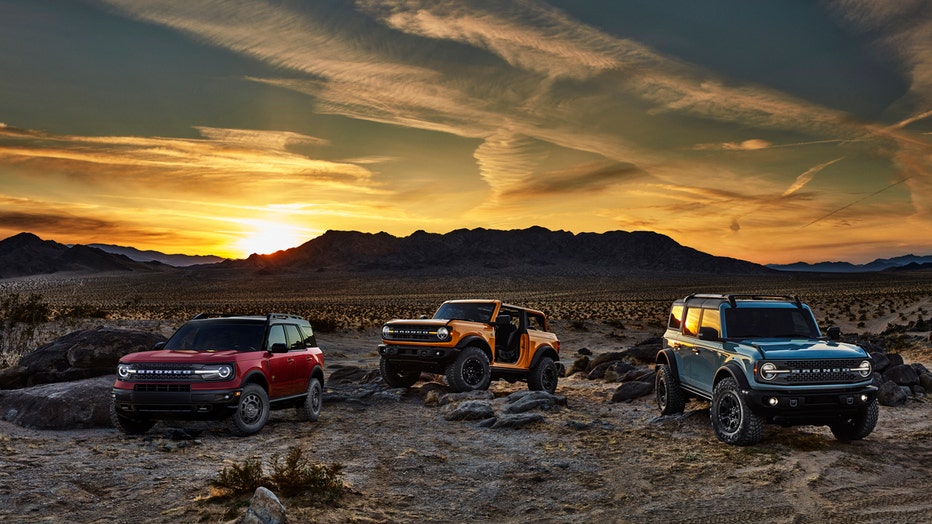 "We created the Bronco family to elevate every aspect of off-road adventure and equipped them with class-leading chassis hardware and exclusive technologies to raise the bar in the rugged 4x4 segment and take people further into the wild," said Jim Farley, Ford chief operating officer. "They're built with the toughness of an F-Series truck and performance spirit of Mustang - and come wrapped in one of the most stunning and functional off-road designs that's true to the original Bronco design DNA." 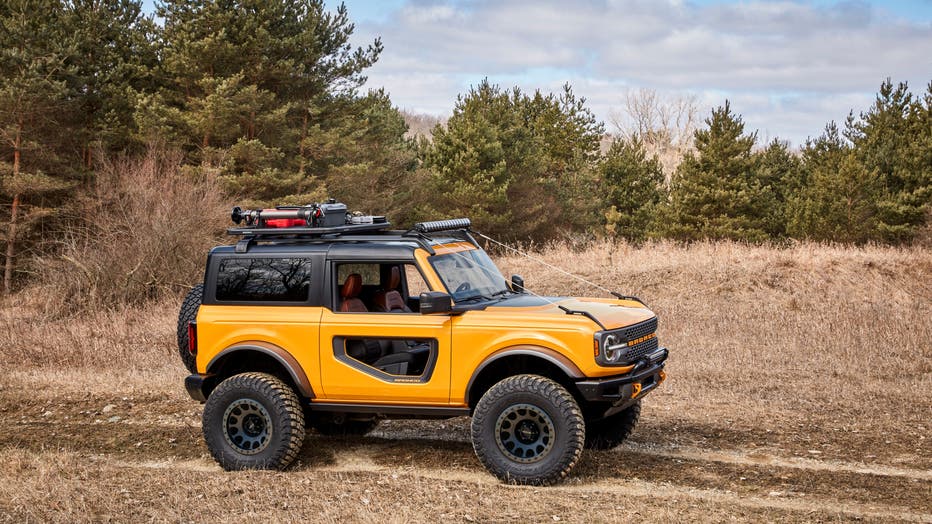 The all-new SUV doesn't go on sale until next spring, but a $100 deposit will put you in line to order one. 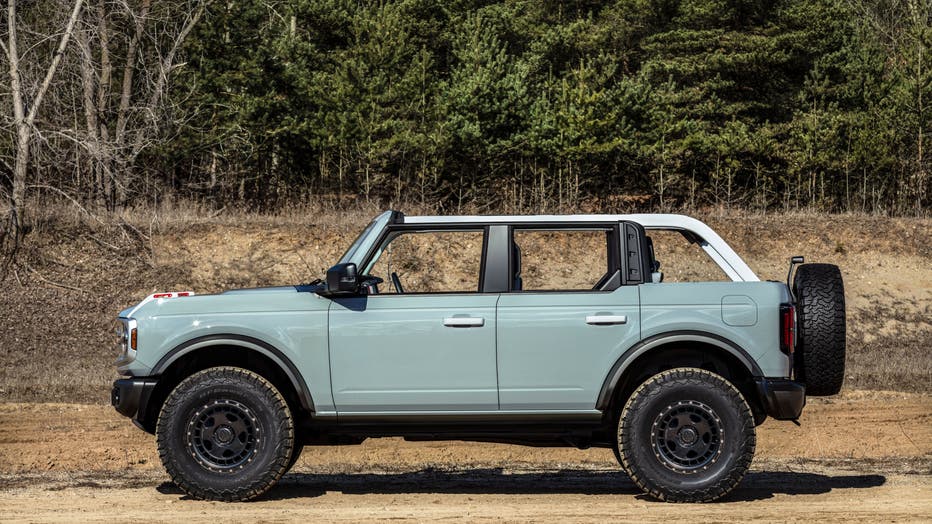 Ford hasn't said how many of the two-door and four-door off-roaders it plans to produce, or how much they're going to cost, but the much-anticipated model is expected to be one of the hottest trucks in the U.S. next year. 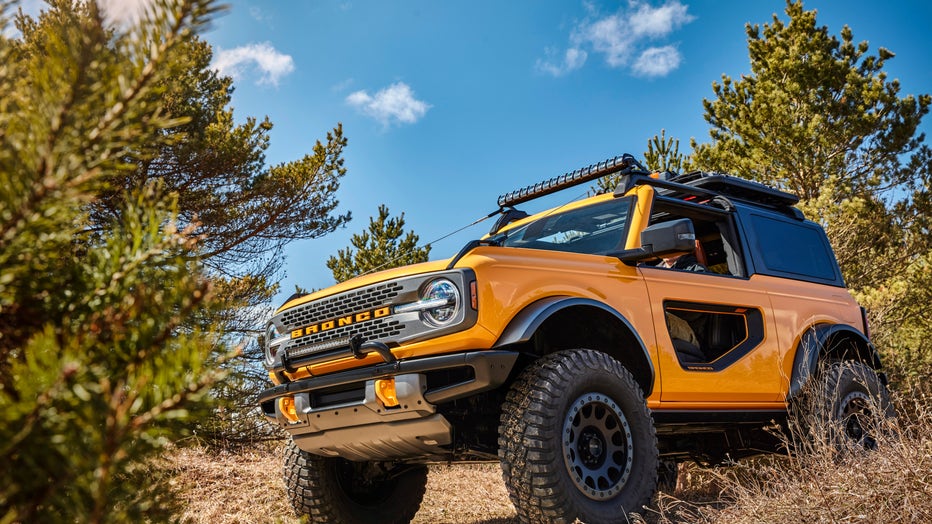 Trail sights on the front fenders serve as tie-downs, reminiscent of the first-generation Bronco. (Aftermarket accessories shown not available for sale. Prototype not representative of production vehicle.)

They'll be built with terrain management G.O.A.T. modes, including Baja, Rock-Crawl and Mud/Ruts for off-road driving plus Slippery and Sand, Sport, Eco and Normal, to tackle any driving condition.

The Bronco will be built alongside the Ranger pickup at Ford's Michigan assembly plant in Wayne. 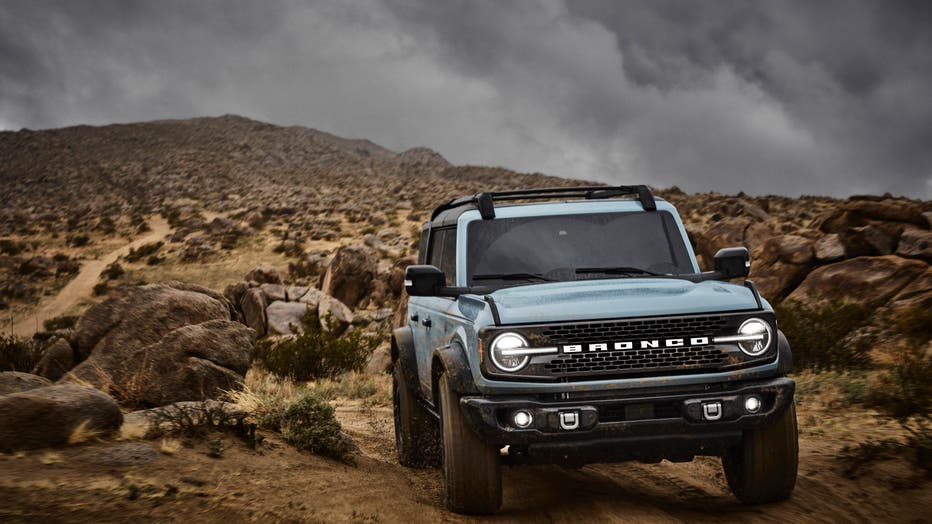 You can also see a longer form Bronco reveal video above or here at 8:00 p.m.

Reservations for Bronco two- and four-door and Sport models can be made for $100 beginning at 8 p.m. EDT July 13 at www.ford.com 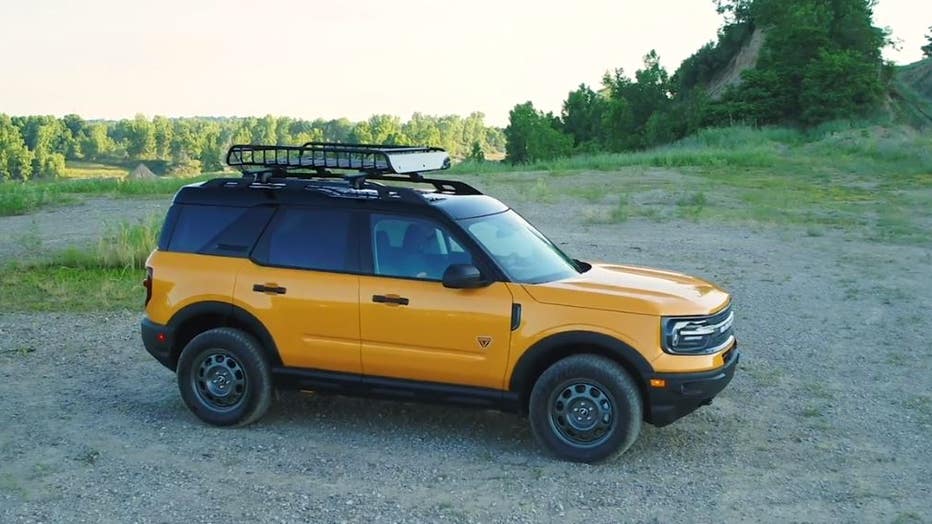