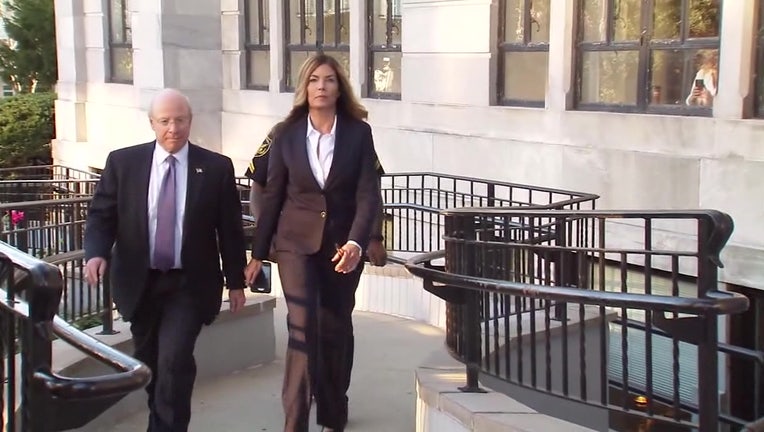 HARRISBURG - A former Pennsylvania attorney general who served eight months in jail for leaking grand jury material and lying about it was charged Thursday with drunken driving after a weekend crash in Scranton.

Police said Kathleen Kane, 55, told officers she was a designated driver, but surveillance video showed Kane herself had been drinking alcohol at a Scranton restaurant shortly before the crash, according to an affidavit.

Kane had watery, bloodshot eyes and slurred her words — police said she had trouble saying the word "designated" — and failed a field sobriety test, the documents said.

Kane, who was also charged with careless driving, was issued a summons and is due in court April 21. She did not respond to a message seeking comment. A phone message was left with her attorney.

Once a rising star in Pennsylvania politics, Kane was the first woman and first Democrat elected as the state's top prosecutor. She resigned after being convicted in 2016 of perjury, obstruction and other counts for leaking secret investigative files to embarrass a rival prosecutor.

Kane was sentenced to 10 to 23 months in jail, serving her time at Montgomery County Correctional Facility in the Philadelphia suburbs. She was released in 2019.

On Saturday, Scranton police were called to the scene of a two-car crash and said they found Kane behind the wheel of an Audi. Asked if she'd been drinking, Kane denied it, pointed to her passenger and said, "It's totally not me," an affidavit said. She told officers she had just picked her sister up and was giving her a ride, police said.

The other driver told police Kane drove into his car at an intersection, according to the affidavit. He said he smelled alcohol as soon as she opened her door. Kane sprayed perfume on herself before officers' arrival and offered to pay to fix the other motorist's car, the affidavit said. Instead, he called police.

Kane is still on probation. An email was sent to a spokesperson for the Montgomery County Adult Probation Office about the new charges against her.