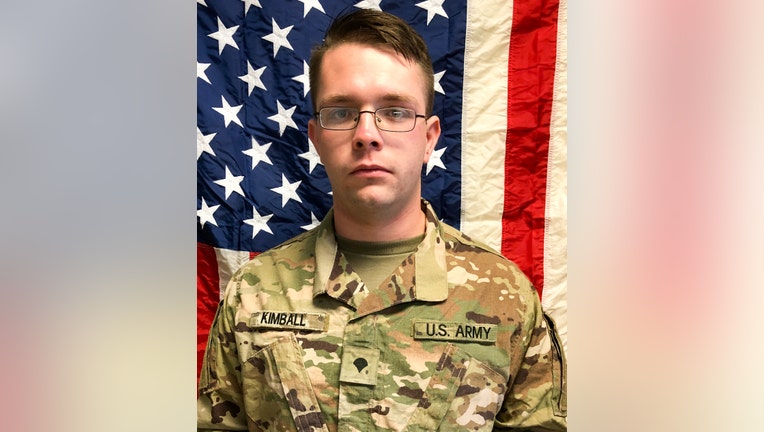 NEW YORK - A soldier from Fort Drum, in northern New York, has died in Afghanistan.

Spc. Branden Tyme Kimball, 21, died at Bagram Airfield in a non-combat related incident on Feb. 12, 2020, the Department of Defense announced, which did not release the exact nature of the incident.

"As we mourn the loss of one of our own, our thoughts and prayers are with the people that knew [him] best: his family, friends, and the soldiers he worked with each and every day," Doremus said in a statement on Facebook. "Our hearts reach out to those that will grieve for him today, tomorrow, and long into the future."

New York Gov. Andrew Cuomo has directed flags on state government buildings to be flown at half-staff on Friday in Kimball's honor.

"We are devastated by his loss and join his fellow soldiers, his family, and his friends in honoring his service to our nation," Cuomo said in a statement. "His death is a reminder of the sacrifices members of the military make to protect the freedoms and the values that this state and this nation were founded upon."Kimball was originally from Central Point, Oregon. He was in Afghanistan in support of Operation Freedom's Sentinel.

The military is investigating the circumstances of Kimball's death, the DoD said.