A fourth woman has come forward in a string of attempted abduction cases in North Philadelphia.

NORTH PHILADELPHIA - A fourth woman has come forward in a string of attempted abduction cases in North Philadelphia.

Philadelphia police released chilling video earlier this week showing a man trying to abduct a 21-year-old woman this past Sunday. Investigators believe the suspect is also behind at least two other incidents in the area that were also caught on video.

Medina Oyefusi tells FOX 29 the same man approached her on the 800 block of North 15th Street in Philadelphia’s Francisville neighborhood. She says the incident occurred around the same time police say the other incidents occurred, around 10 a.m.

Oyefusi says the man first tried to talk to her and then followed her. At one point, she says the man put his hands down his pants and made a derogatory comment.

“I feel like he was going to jump out and attack me, but I saw him before he could do that,” Oyefusi explained. “I step to the side, he steps to the side, then he touches me, then I freak out like what are you doing. He doesn’t say anything.”

In a press conference Tuesday, police called the man caught on camera in the other incidents a “predator” and said they have increased patrols in the neighborhood. 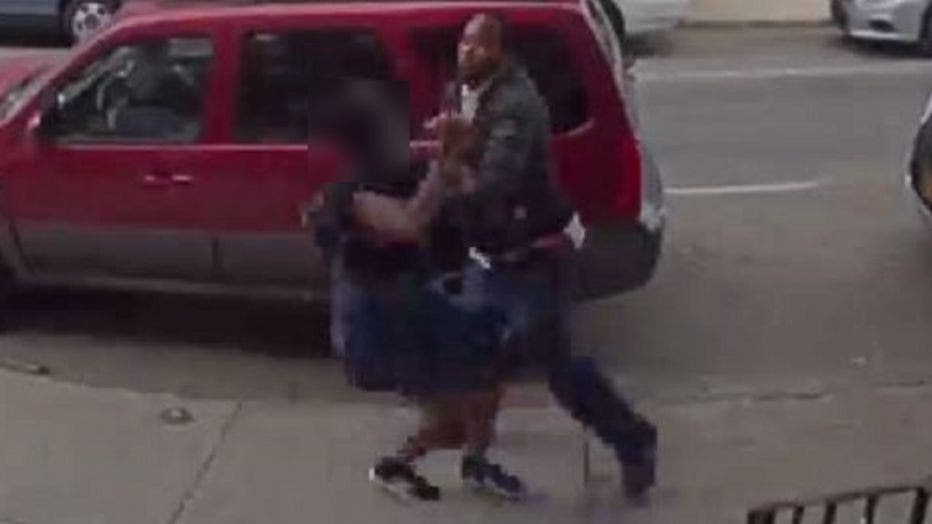 "He's lying in wait. He's hiding there, just waiting for each victim to come by. Two of them are five minutes apart," Philadelphia Police Captain Mark Burgmann said Tuesday.

Police would like to talk to the victims and a Good Samaritan who was spotted on video helping one of them.